Special edition will be ready for launch in advance of the December 20 release of ‘Star Wars: The Rise of Skywalker’ 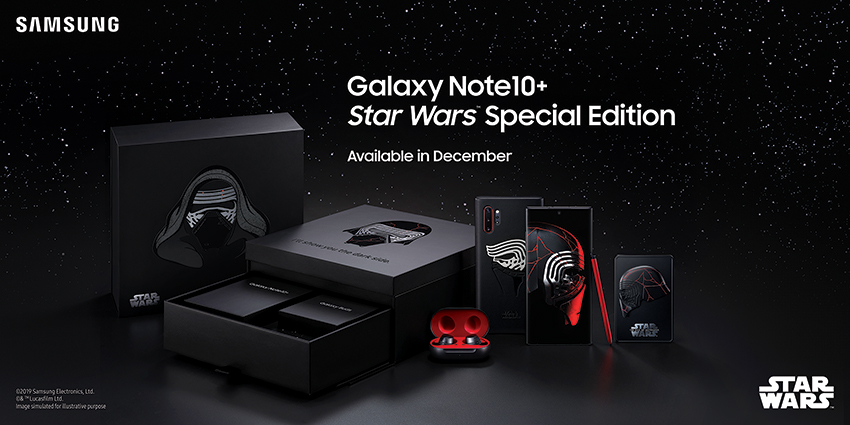 SEOUL, Korea – November 18, 2019 – Samsung Electronics Co., Ltd. today announced a special edition Galaxy Note10+ in advance of the December 20 release of Star Wars: The Rise of Skywalker. The collaboration will unite two Galaxies – a galaxy far, far away, and the Samsung Galaxy – to generate excitement for the final installment in the Skywalker saga. To commemorate this event, Samsung will release a special edition Galaxy Note10+, featuring Star Wars-inspired design elements and digital content. This special edition device will be bundled with a specially designed case, a metal badge as a collector’s item, an S Pen, and Galaxy Buds. The bundle also comes with exclusive Star Wars-themed content including wallpapers, shutdown animations, icons and sounds for fans to enjoy.

The Galaxy Note10+ Star Wars™ Special Edition will be available in select markets* beginning December 10, 2019 which is one of several interactions that Samsung and Lucasfilm have planned to bring a joyous colliding of two Galaxies. As Lucasfilm announced in early October, Samsung has joined forces with Star Wars to engage its passionate users with its best devices and the Galaxy brand in a new and exciting way. The special edition device adds to the collaboration between Samsung and Lucasfilm, which includes the recently launched holiday campaign film, celebrating the theatrical release of Star Wars: The Rise of Skywalker.

About Samsung Electronics Co., Ltd.
Samsung inspires the world and shapes the future with transformative ideas and technologies. The company is redefining the worlds of TVs, smartphones, wearable devices, tablets, digital appliances, network systems, and memory, system LSI, foundry and LED solutions. For the latest news, please visit the Samsung Newsroom at http://news.samsung.com.

STAR WARS and related properties are trademarks and/or copyrights in the United States and other countries, of Lucasfilm Ltd. and/or its affiliates. © & TM Lucasfilm Ltd. 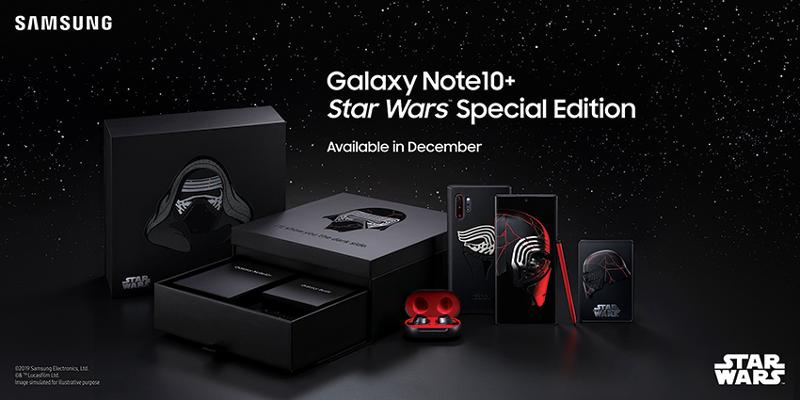