The Freedom Not to Listen: The Story Behind Noise Cancelation Technology

Initially developed for pilots and astronauts, noise cancelation technologies have come a long way from their inception to provide headphone users around the world with more enjoyable listening experiences.

In 1978, the U.S. government approached a sound company with a unique proposal. They wanted to develop a specific technology that would allow aircraft pilots and NASA astronauts to communicate clearly with ground crews and other pilots even with the ultra-loud roaring of jet and rocket engines in the background. The resulting technology would later become available for use outside of aeronautic environments; following its use in military headsets in 1986, the technology gradually made its way into mainstream and public usage.

Today, this technology is known as noise cancelation technology, and is used around the world in headphones and earbuds to help people focus on the music, podcasts and other audio that they want to hear while blocking out the sounds that they don’t. 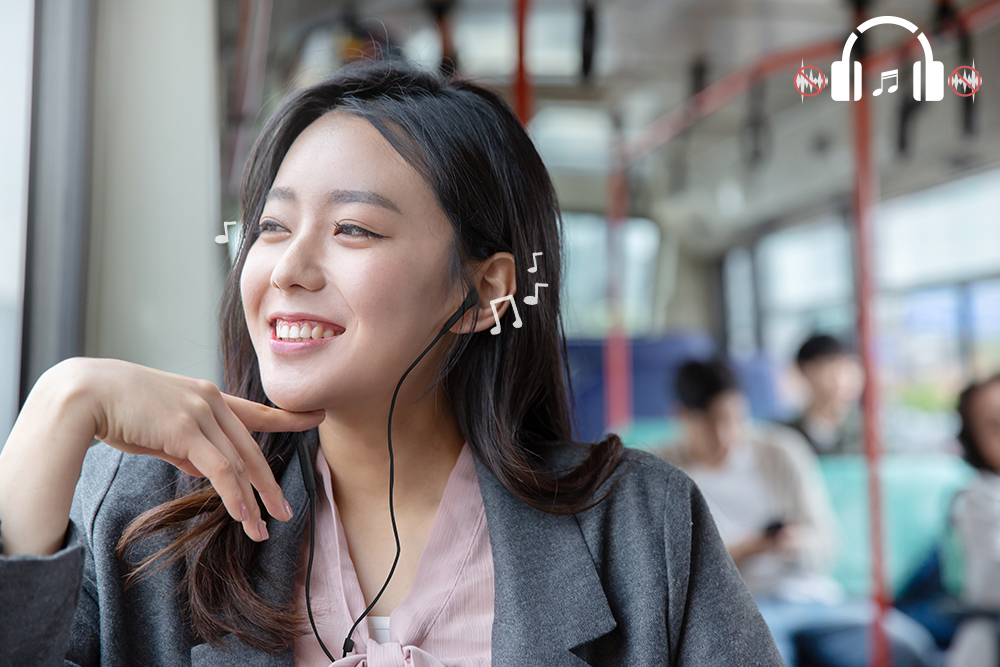 Simply putting on any pair of earphones will block outside noise to some extent. But unless you completely seal off your ear, it is impossible to stop outside noise filtering in and interrupting your audio experience. In order to understand the process of capturing and filtering the noise that leaks in that is key to noise cancelation technologies, it is necessary to first look at how sound waves work and how they are transmitted into your ear.

Sound waves are produced by vibrations which then travel long-distance through a surrounding medium to reach your ear. The most common example of this is the air around us. The reason why we can effortlessly carry on a conversation in a café is the same reason we cannot hear sound in space – it is dependent on the presence of air as a medium.

Noise cancelation works by harnessing the unique characteristics of these sound waves and their medium. The first method for canceling noise is called Active Noise Canceling (ANC), which works by creating its own noise-like waves that work to offset the unwanted noises entering your ears from outside. The second method is called Passive Noise Canceling (PNC), which blocks outside noise from entering your ear by limiting the mediums through which the sound is delivered. 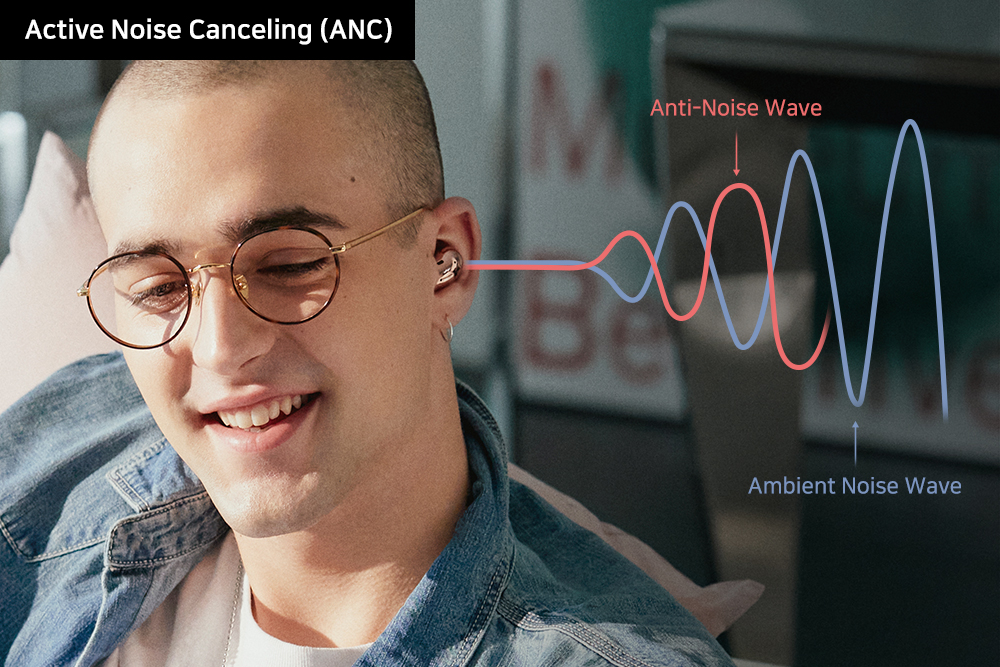 It is said that the most effective tool to cut a diamond is with another diamond. Similarly, sound waves can be offset or even canceled by other sound waves. Just like the waves we see in the ocean, sound waves have peaks (the highest point) and troughs (the lowest point). When sound waves with the same distance from peak to trough come from different directions and collide with each other, the respective peaks and troughs clash, leaving the sound wave at a near zero value.

ANC uses this principle of destructive interference to cancel out unwanted sounds before they reach your ears. Sounds from outside are collected through an external microphone mounted inside the earphone. The earphone uses its internal circuits to analyze those sounds and then replicates them to produce sound waves that are similar to the unwanted external sound but that move in the opposite direction. Through this process, the earphone cancels out the unwanted sound waves before they can reach your ears.

Because ANC uses collected sound and responds based on analysis of this outside noise, noise cancelation takes place regularly and continuously. If the earphone picks up a sound that is similar to a noise it has analyzed previously, a reverse wavelength can be emitted at the exact right time in order to eliminate the unwanted noise. This is why this sound offsetting technology is highly effective in places where the background noise is consistent, for example on an airplane or a busy subway. On the other hand, ANC can be less effective in cases where the external noises are random and more difficult to predict, such as during a conversation between two people or when a sudden noise is emitted unexpectedly.

ANC is more effective at mitigating low pitch sounds than it is high pitch sounds. The system requires time to analyze external noises, and that potential time delay can affect how well it offsets external sound and how much external noise the user hears. In other words, unwanted external sounds might come in faster than the ANC can cancel them out. "In the case of bass sounds, which have a relatively long wavelength, the gap between the peak and trough of the waves is lengthier, so a slight lag in the offset timing will not impact the quality of the ANC,” noted Kim Dohun, a professor of acoustic engineering at Daelim University College. “However, high-pitch sounds with short wavelengths have a shorter gap between the peak and trough points, meaning that even a small delay can make it hard for the ANC technologies to match up correctly with the incoming waveform, causing performance degradation.” 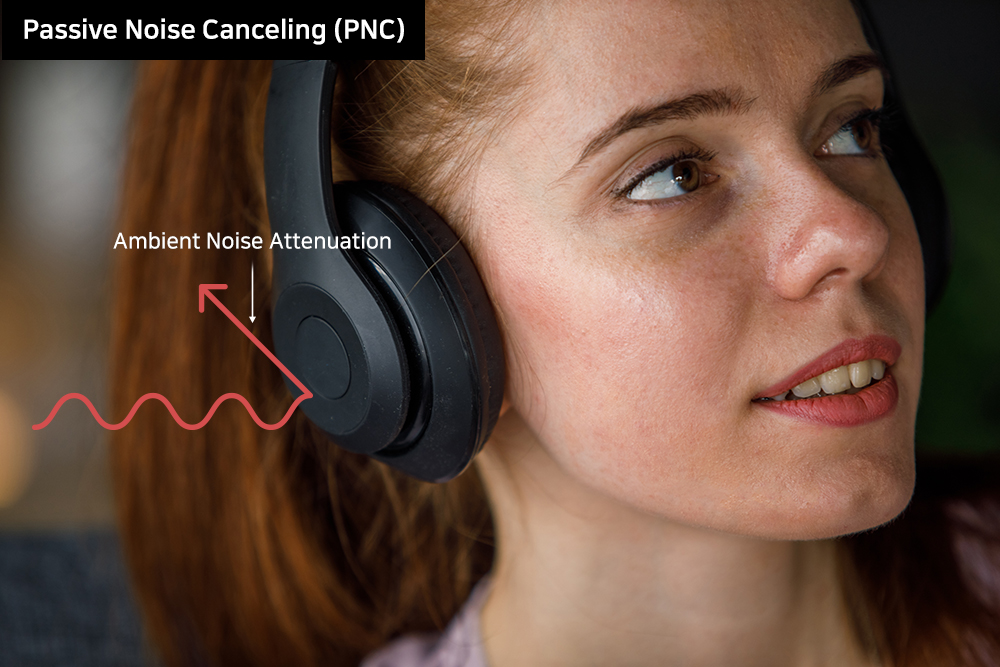 When they hear a sound they don’t like, most people cover their ears – this is because this is by far the easiest way to block out noise. Since sound waves travel the air to reach your ear, the sound cannot properly enter the ear if there are obstacles, such as hands, in the way. This is also why communication underwater is so difficult, given the amount of water in the way between a noise’s source and a person’s ears.

This is essentially how PNC works. PNC-enabled earphones are designed to physically block noise out by closing the ear off from its surroundings or using a sponge that absorbs sound. Headphones with over-ear padding covering the entire ear and in-ear earphones that completely block the entrance to the ear are some of the best examples of PNC technology.

Unlike ANC, which requires microphones and analytical circuits to offset unwanted noise, PNC earphones are fairly easy to make, making them generally cheaper than ANC earphones. Furthermore, if PNC earphones have been made to fit the shape of your ear perfectly, they can block outside noise almost entirely, making them more practically effective than ANC earphones. However, as PNC headphones fit right into the ear canal, some users can find these kinds of earphones uncomfortable to use. 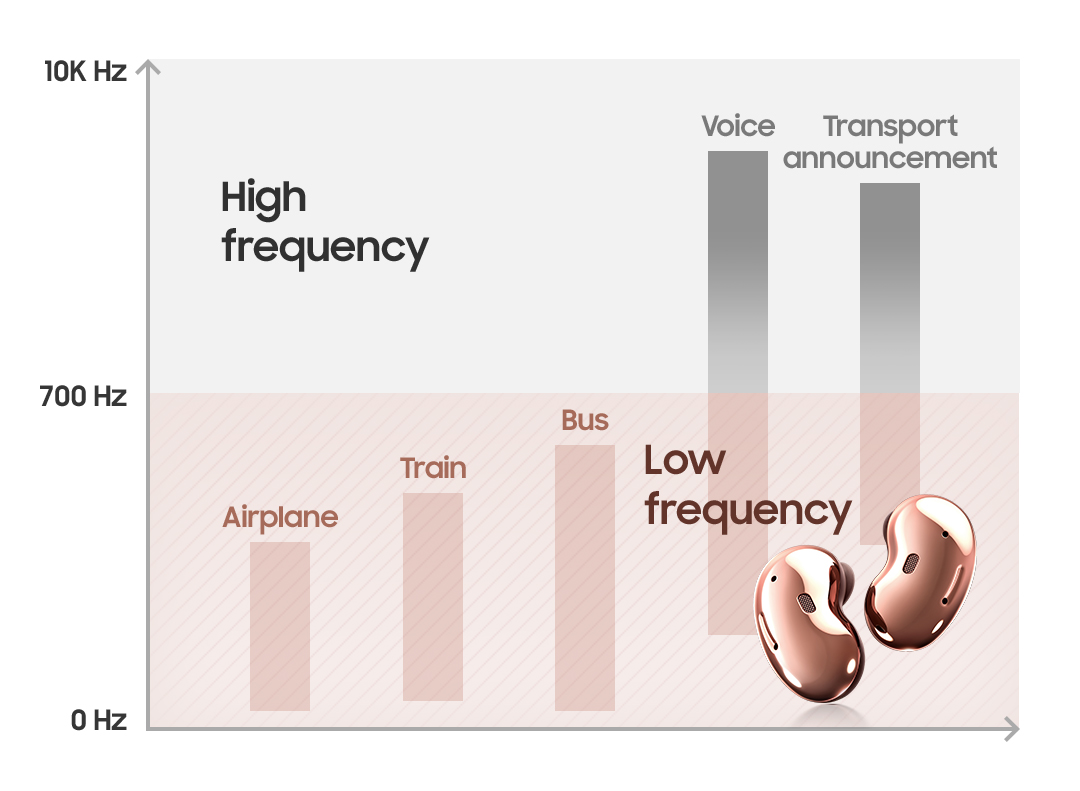 While noise cancelation technology can help you fully immerse yourself in your music or better focus on an audiobook, it can also present dangers if you cannot hear exactly what is going on around you. "It is difficult to recognize a dangerous situation when wearing earphones with noise cancelation technology as they block out all surrounding sounds," noted Professor Kim. The volume inside a pair of earphones can reach up to 70 to 80 dBspl1 – the same as a car horn – but since the sound from a user’s earphones is much closer to a user and more immersive, it is easy for a user to become insensitive to external noises. On top of this, the activation of ANC technology further reduces external noise by around 30 dB while maintaining the sound in the earphones at 70 to 80 dBspl, making it more difficult for users to detect any auditory signs of danger.

When using their noise-canceling headphones, users need to keep their own safety top of mind and have a good understanding of the situations in which they are using their earphones. If you are looking to enjoy your favorite audio indoors, earphones that feature effective noise cancelation are a great choice. However, if you enjoy using your earphones while doing outdoor activities such as jogging, you should be sure to stay mindful of your surroundings at all times and choose earphones that offer a reasonable level of noise cancelation, allowing you to stay aware of the world around you.

1 Decibel (dB) is originally a relative unit of measurement, representing the difference between the level of a base measurement and that of comparison. When used in the context of sound, 0 dB is defined as the lowest sound level a person can hear and is used as an absolute measure (dBspl = dB + sound pressure level (‘spl’)). In other words, dB is used both when representing the difference between the sound of people conversing in comparison to that of a car horn and when expressing the sound of the car horn in absolute terms, but the latter simply omits ‘spl’ from dB. 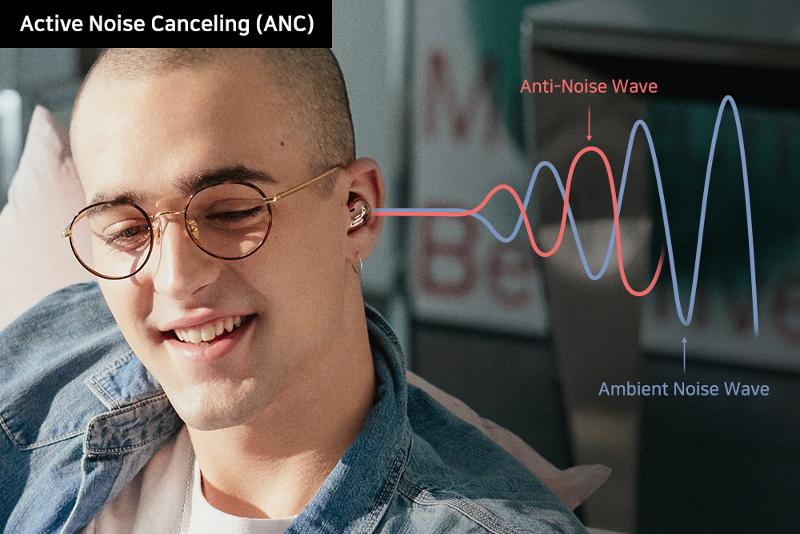 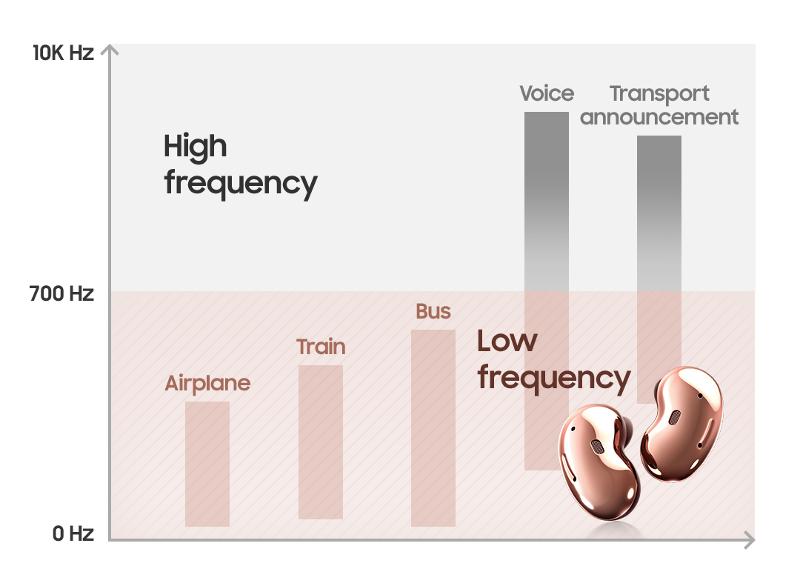 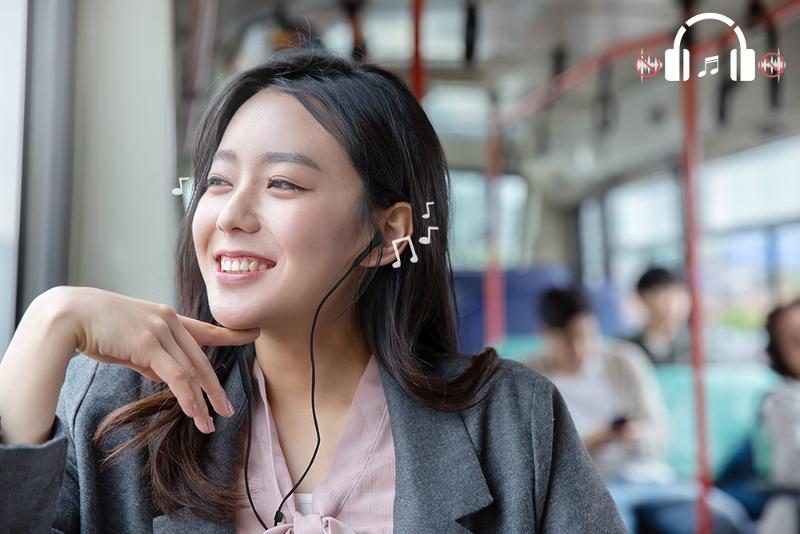 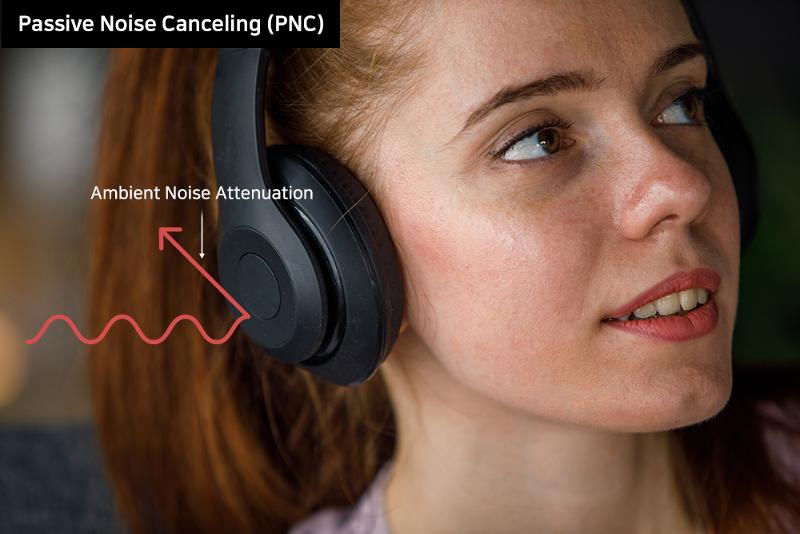