Meet the Generation17 Young Leaders: The Story of Oğuz Ergen

A love of the sea and a passion for helping inspired Oğuz Ergen to rally his generation around solutions for global warming and support for refugees.

Oğuz Ergen is a member of Generation17, a partnership between Samsung and the United Nations Development Programme (UNDP), empowering young people around the world who are contributing to the Global Goals.

Many of Oğuz Ergen's fondest childhood memories are by the sea in Türkiye. He particularly loved shore fishing while growing up in coastal towns like Artvin and İzmir. His family moved often. “My father taught me to fish when I was six,” says Oğuz, now 30. “I caught my first fish with a pretzel in Cyprus.” 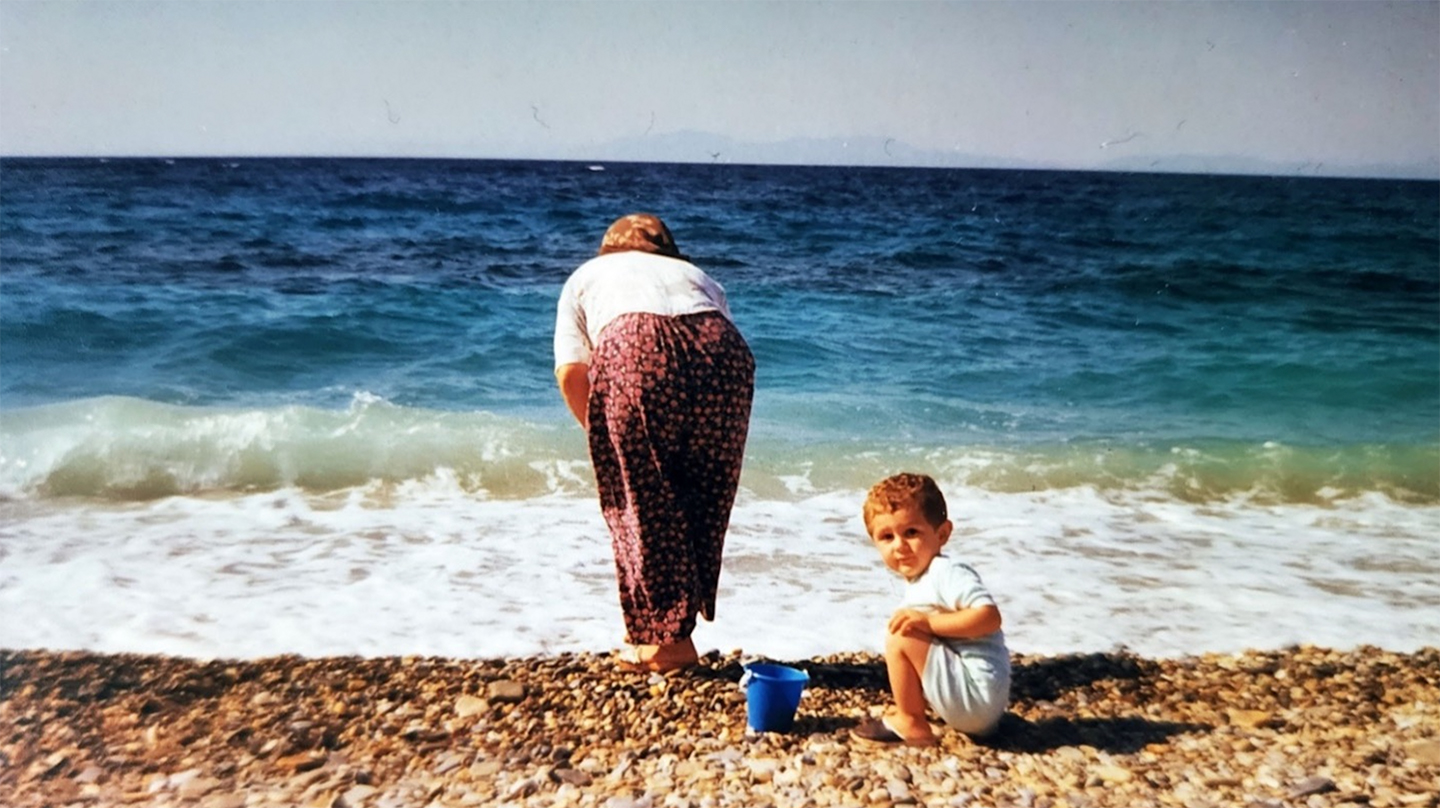 Oğuz with his grandmother in İzmir, Türkiye.

One of his favorite catches, turbot, were plentiful when he lived in Gelibolu, a small port town west of Istanbul. Now, the large flatfish are harder to find due to rising ocean temperatures, pollution, and invasive species. For Oğuz, this was an introduction to climate change, and it sparked what would become his life’s mission: helping save our oceans and the planet.

“The climate crisis is urgent,” he says. “If we don’t act today, humanity will not survive.”

Youth-led Solutions
In 2014, after years of volunteering with environmental groups, Oğuz launched his own organization to address the acute problems he was witnessing in İzmir. Along with increasing forest fires in the area, the bay surrounding the country's third largest city was polluted with industrial waste, and its beaches were dotted with trash, including plastic bottles and discarded fishing nets. According to the United Nations Environment Programme, plastic waste in oceans is on pace to reach 37 million metric tons a year by 2040 – unless we take action. 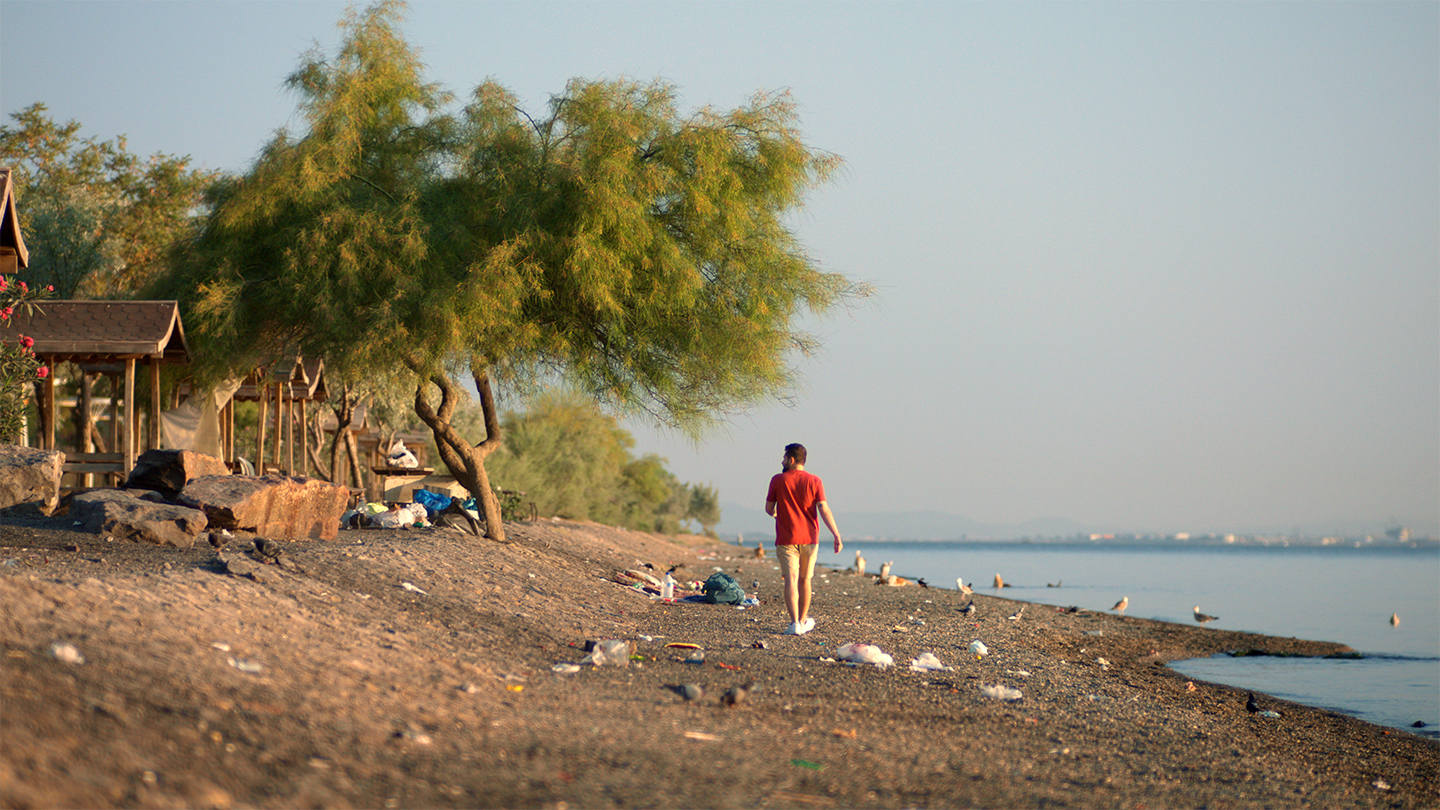 Oğuz near the bay in İzmir where he is working to improve biodiversity.

Inspired by the belief that young people can play a greater role in local environmental solutions as well as our collective future through the Global Goals, Oğuz and his friends started the Social Climate Association to support research, awareness, and action. “At that time, the reality of climate change was not widely known,” says Oğuz. “Our first goal was to publicize it as much as possible.”

Harnessing Technology
His team took to social media to share the campaign about climate crisis, collect signatures on surveys, and spread the word about environmental trainings. Eight years and 5,000 workshop participants later, digital technology continues to be his group’s most valuable tool for engaging youth, raising awareness about their latest research, and advertising classes on subjects like biodiversity and ecological literacy. 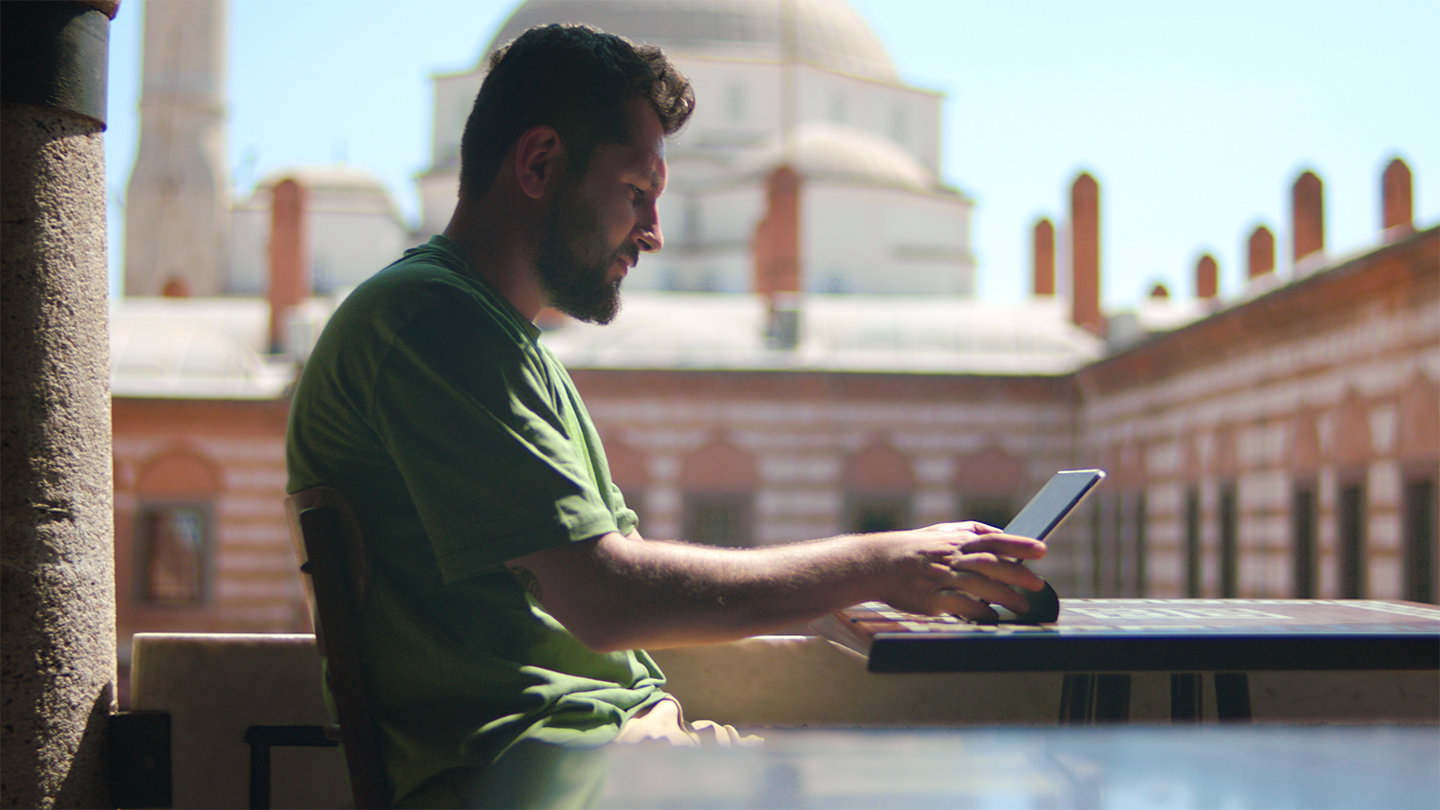 Oğuz shares beach cleanup photos on social media while working at a local café in İzmir.

A Network of Collaboration
In 2020, Oğuz launched the Coastal Aegean Climate Network within the Social Climate Association to further solutions in İzmir and other cities along the Aegean Sea. The network enables open collaboration by bringing together young people, local governments, universities, and other organizations to take on the region’s most pressing environmental issues.

The network recently worked with authorities in İzmir to track the city’s progress toward the Global Goals and highlight where more effort and resources are needed. They also organize beach cleanups, projects to protect the wetlands in the northwestern city of Bal1kesir, and they recently held a successful joint campaign with other NGOs to convince the Turkish government to join the Paris climate agreement. “Seeing real impact from our efforts, such as removing 33 kilograms of plastic waste from the shore during a recent cleanup, keeps me motivated,” Oğuz says. 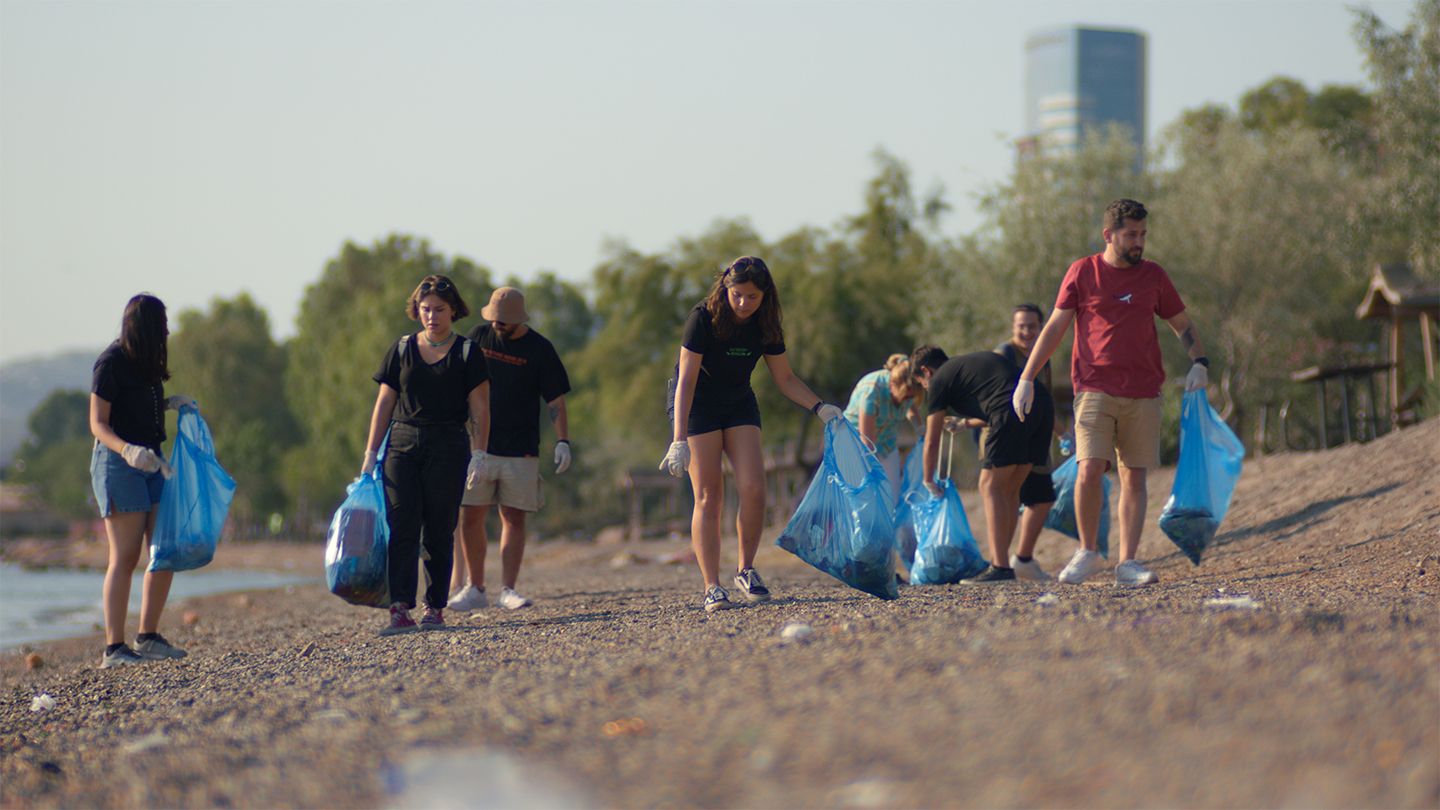 The Coastal Aegean Climate Network in action, collecting trash and plastic waste from a beach in İzmir.

Humanity at the Heart
Along with its environmental focus, Social Climate Association, now with 108 volunteers, tackles youth rights and gender equality. For Oğuz, the issues are deeply intertwined and have been an ongoing personal focus.

His passion for environmental and humanitarian causes drove his earlier work providing refugees with digital skills training at Habitat Association, a Turkish NGO focused on youth-led social impact projects. He’s especially proud of its impact in 2016, when Habitat Association and the National Youth Parliament led a successful campaign to lower the age one can vote and run for office from 25 to 18.

That’s the kind of change that motivates Oğuz. It creates a new path for young leaders and a ripple effect for the issues they care about. “Now, we are not just the owners of tomorrow,” he says of the under-30 generation, who make up roughly half of Türkiye’s population. “We are the partners of today.” 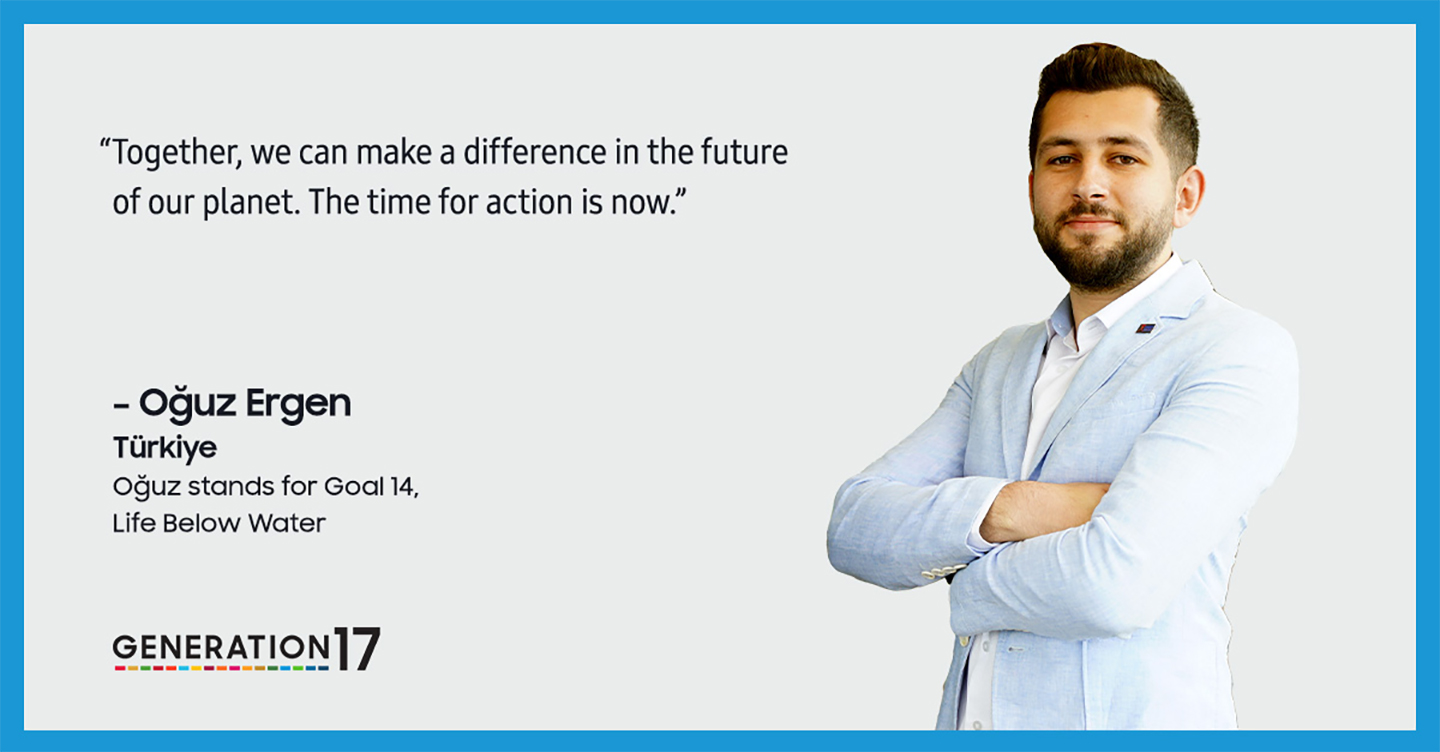 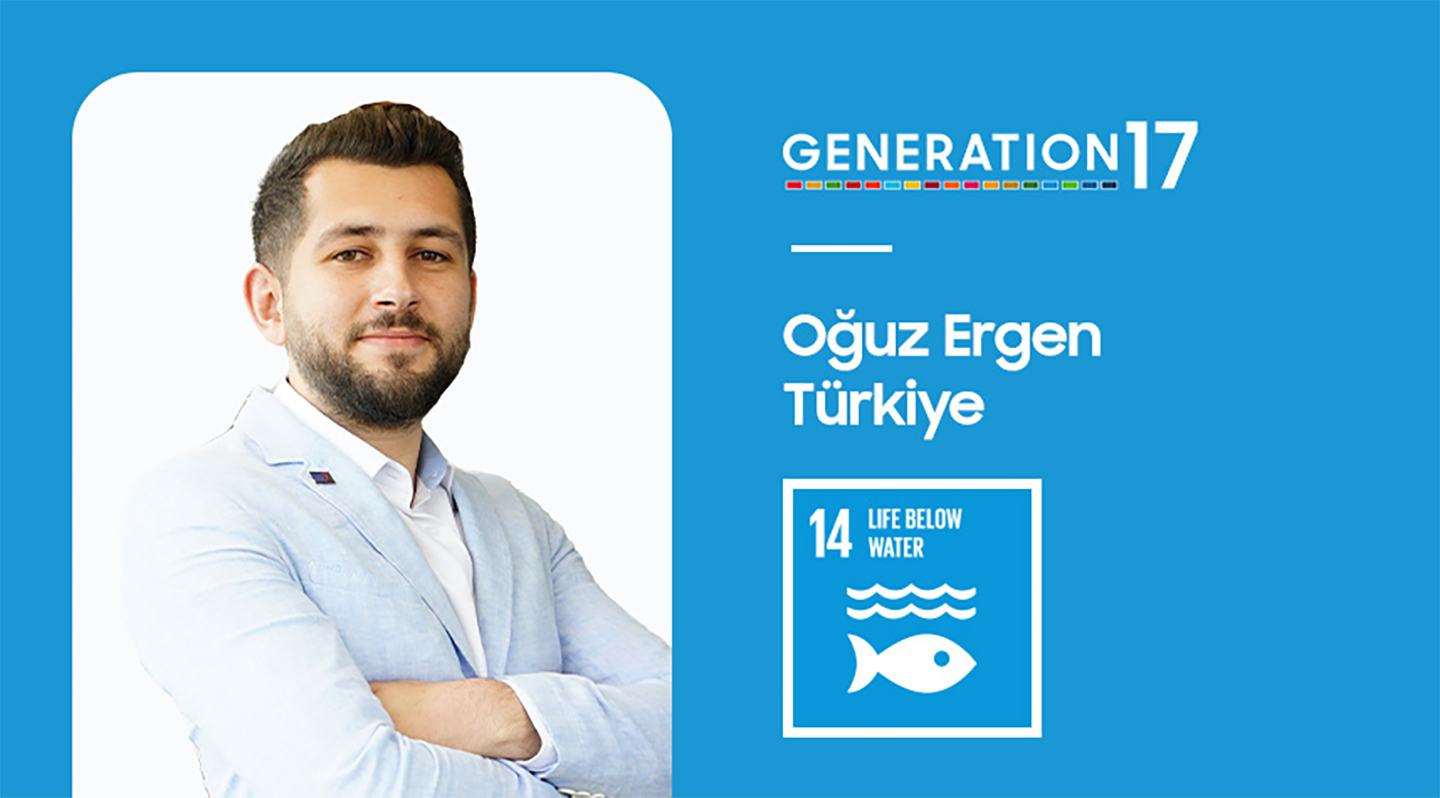 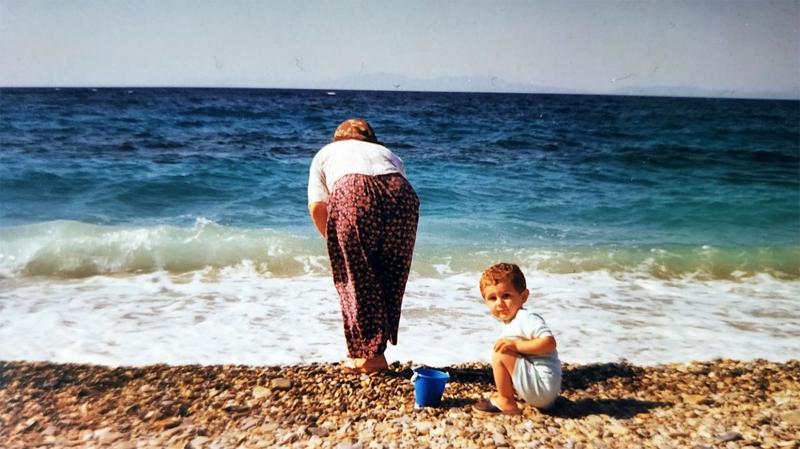 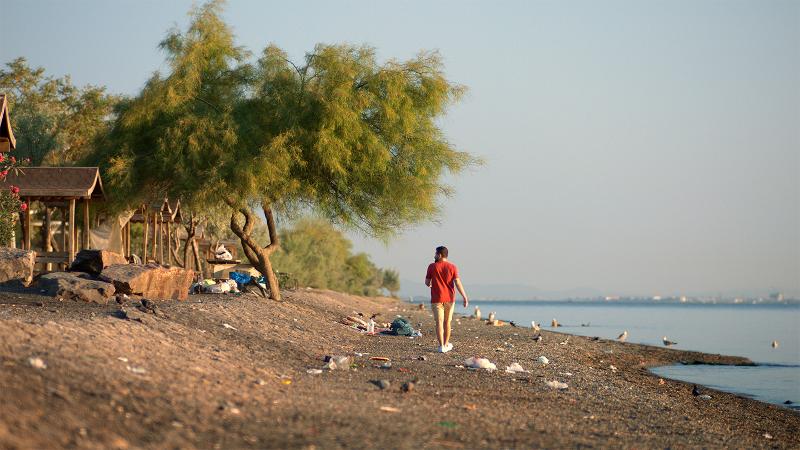 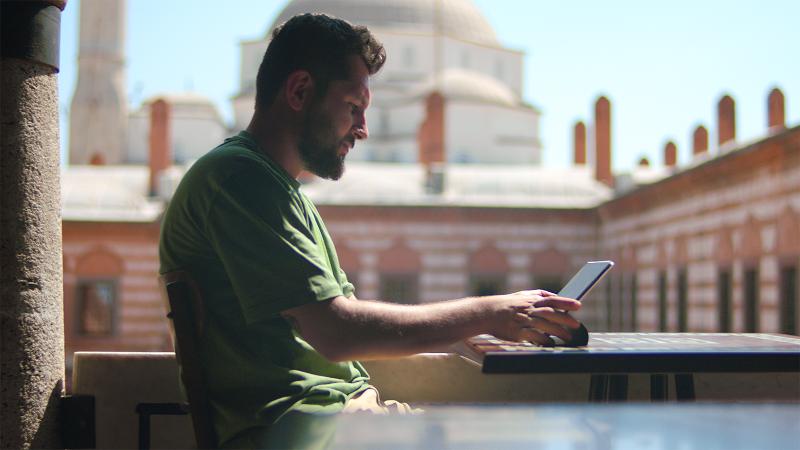 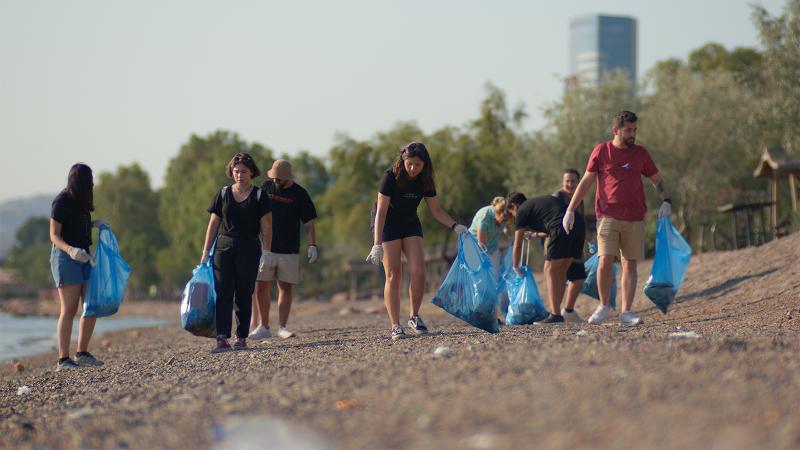 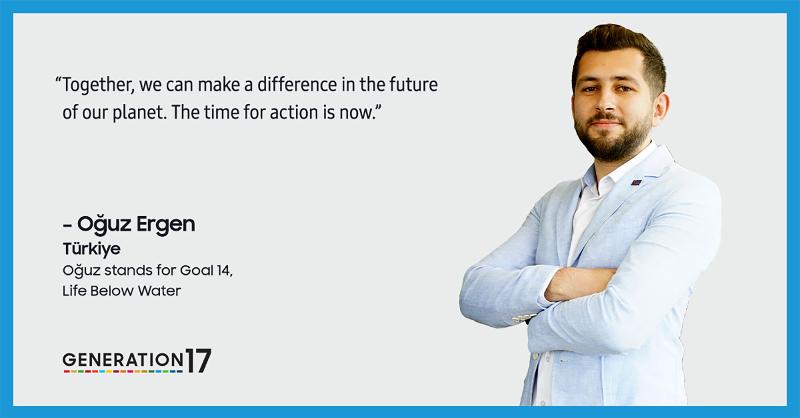 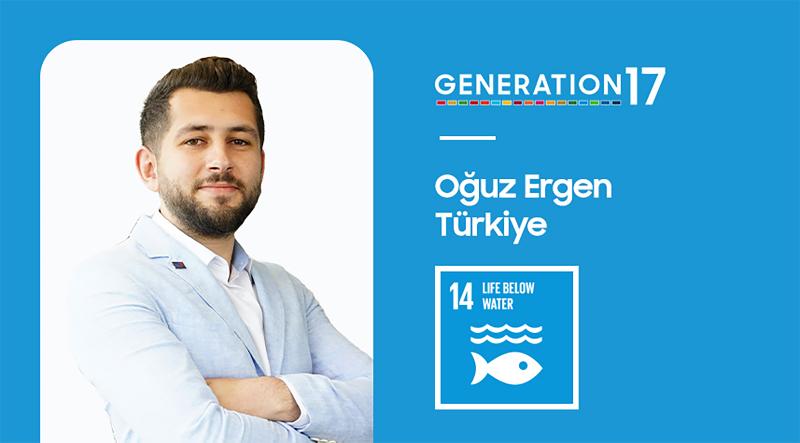