Her grandfather inspired her to help others. Now Thùy Anh Ngô is encouraging young people to introduce family members and other older adults to technology promoting healthier lifestyles.

Thùy Anh Ngô is a member of Generation17, a partnership between Samsung and the United Nations Development Programme (UNDP), empowering young people around the world who are contributing to the Global Goals.

One day when Thùy Anh was in high school, she asked her grandfather, “What’s your biggest fear in life?”

Grandpa, as she called him, was a voracious learner, having taught himself English and German. He taught his granddaughter Thùy Anh plenty, too, not just English but also how to use a computer. She was six when he took her to an internet cafe in the Hanoi neighborhood where she lived with her grandparents. She went online for the first time, tapping the keys he indicated. He’d taught himself, of course. 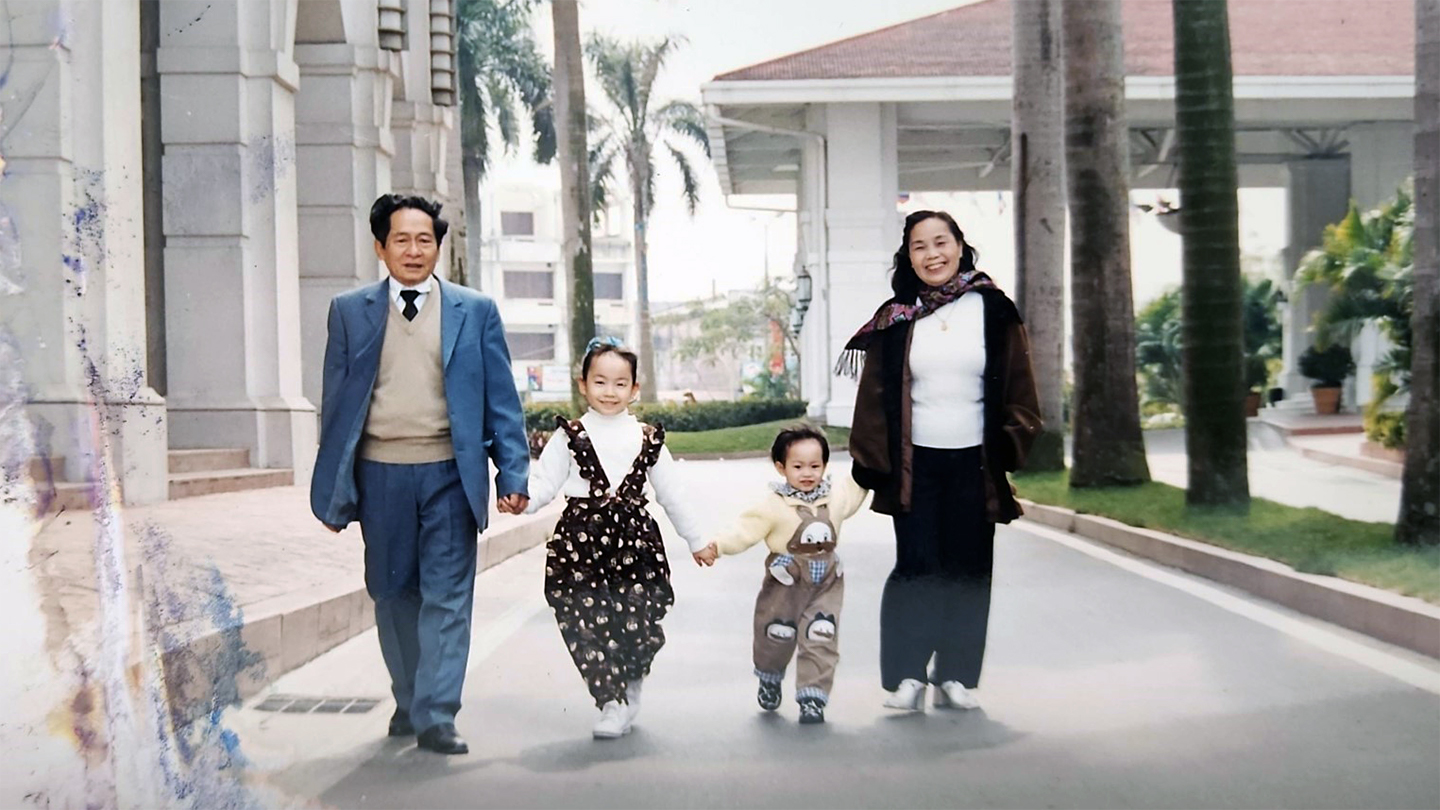 Thùy Anh (second from the left) with her grandparents and cousin in Hanoi, Vietnam.

Grandpa was confident like that, so she was shocked when he replied, “My biggest fear is living a long life and being a burden to the family.”

His answer haunted Thùy Anh for years, even after his passing. In her twenties, having learned about the Global Goals while earning her MBA, she wanted to help Vietnam’s aging adults, many of whom shared her grandfather’s fear.

“He always taught us to be useful for our society,” says Thùy Anh, now 28.

According to the World Bank, Vietnam has one of the fastest-aging populations. By 2049, the number of people 65 and older is projected to surpass 19 million – more than three times the total in 2014. Many seniors are living alone, and the country is struggling to provide adequate care.

In 2020, Thùy Anh founded HASU, a comprehensive healthcare platform for people 50 and older focused on opening up their world by improving their physical and mental health and social wellbeing. The app – the first of its kind in Vietnam – includes medical advice and social forums, along with classes in singing, drawing, and foreign language as well as meditation and exercise sessions. Through the app and at in-person events, people living alone connect easily with others who share their interests.

“Having good health,” Thùy Anh says, “is the beginning of everything.” 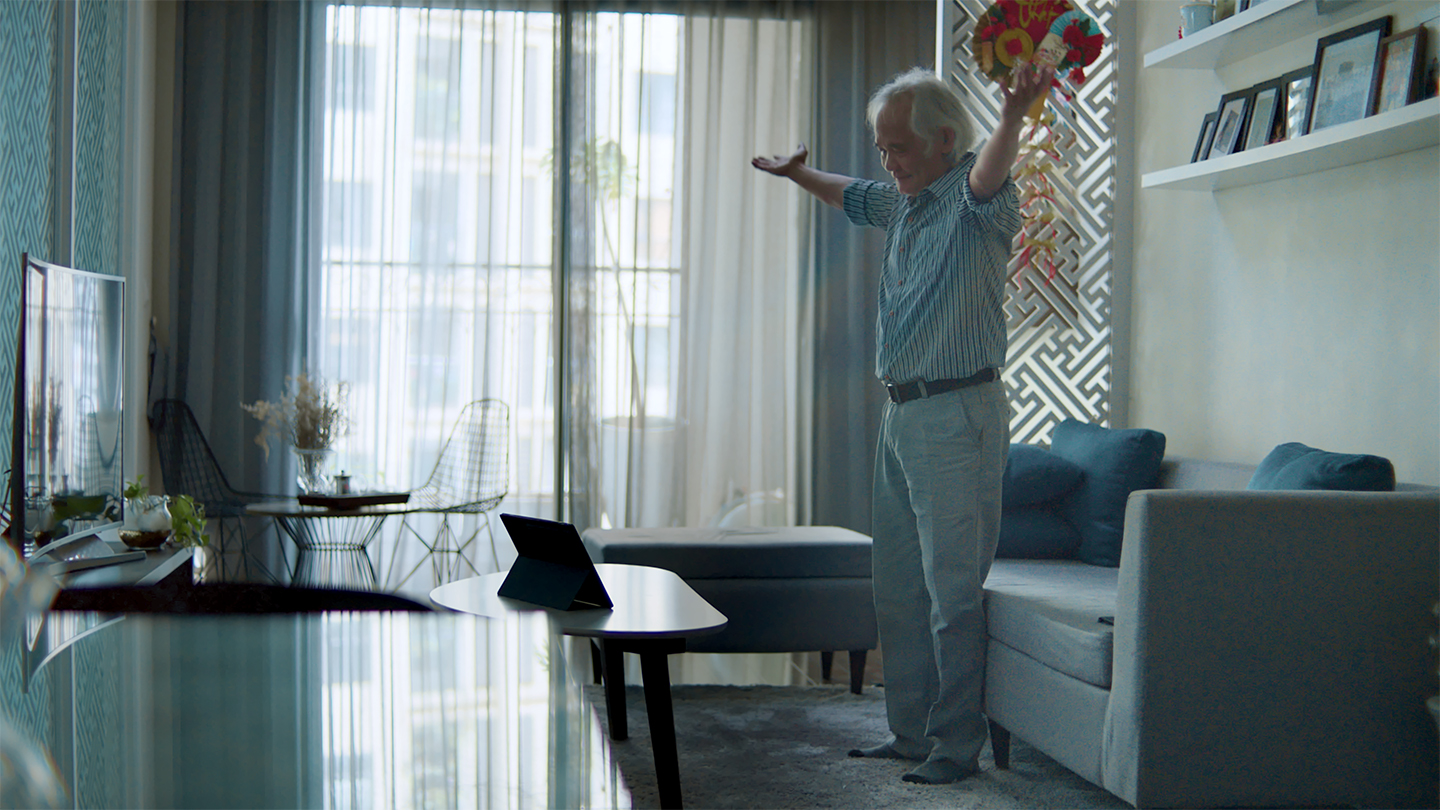 A senior participating in a HASU exercise session at home.

Inspiring Young People to Help
To better address the health and well-being of older adults and advance the Global Goals, Thùy Anh gathered a few dozen people over 50 as she was designing HASU. She asked them the same question she had asked her grandfather. Their top concerns: sickness, loneliness, and uselessness.

Amid the pandemic lockdowns in Vietnam, Thùy Anh then needed to find ways to introduce her digital platform to its intended audience, seniors who were often living alone. She turned to young people, reaching out through their schools, social media, and other online networking platforms. “The younger generation cares about their parents and grandparents a lot,” she says. “They were really worried.”

Thùy Anh and the HASU team organized video conferencing meetings that attracted hundreds of young participants to share their stories of family members. Once those young people learned the benefits of HASU, they taught the seniors and other members of their communities how to use the app.

All those grandsons and granddaughters, sons and daughters, nieces and nephews – they were the ideal conduit for positive change. “Young people have empathy and learn really fast,” Thùy Anh says. “And they’re passionate about everything in life.” 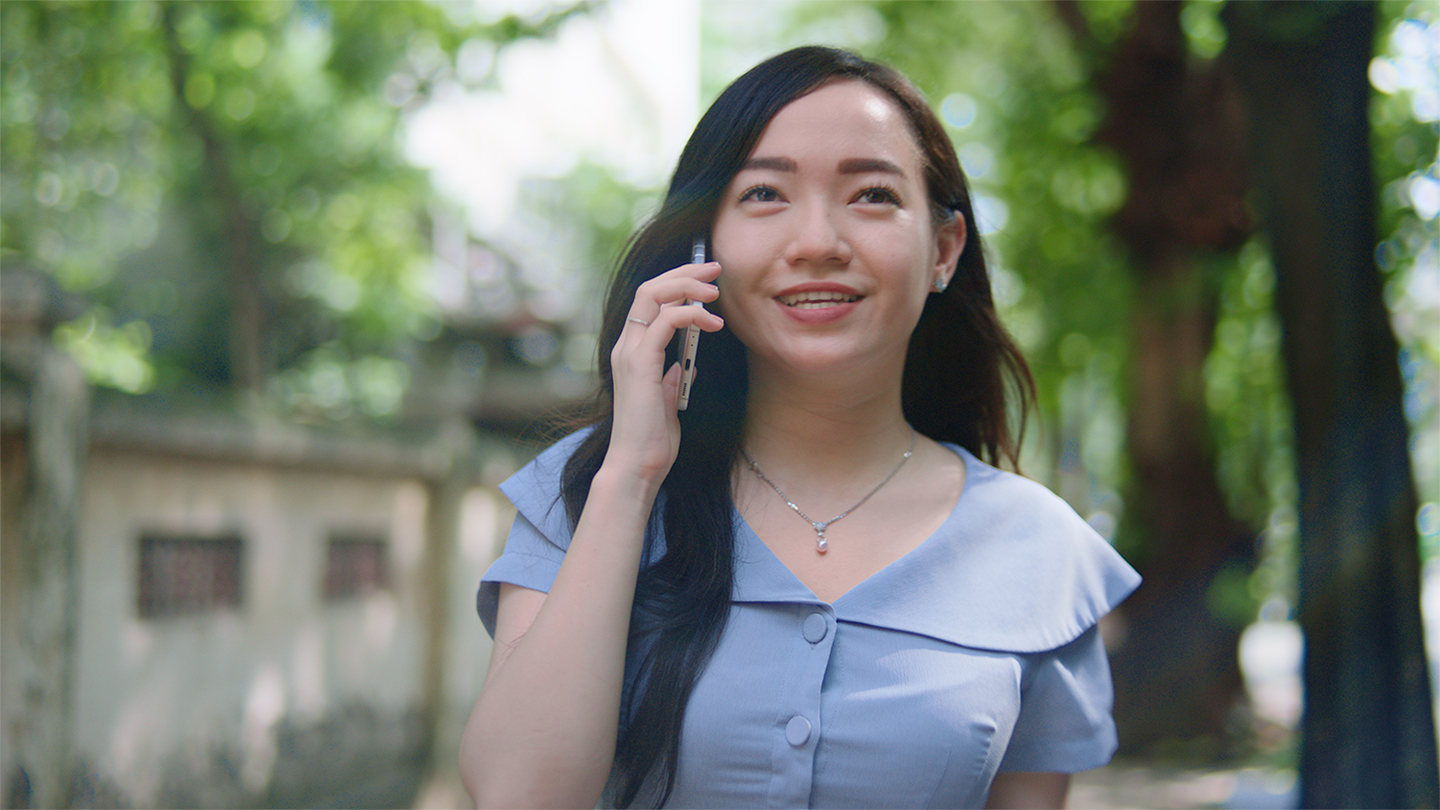 Thùy Anh (above) believes her platform must keep evolving to be meaningful for seniors.

Working Towards a Caring Future
Today, HASU has more than 13,000 seniors in Vietnam singing, painting, exercising, and connecting on the platform regularly. The majority of app users say it has enriched their lives, which tells Thùy Anh that she’s living up to her grandfather’s advice – she’s being useful. Grandpa would no doubt be proud.

Next, she’s ramping up HASU to help as many as 300,000 older adults through partnerships with organizations already working with this demographic, such as Vietnam Women's Union, Associations for the Elderly in Vietnam, and HelpAge International.

As Thùy Anh expands the platform throughout Vietnam and into other countries, her grandfather will continue to inspire her. In fact, she and the HASU team envision creating tools that will open up new opportunities for users, allowing them to share their knowledge and experience with younger generations. Young and old alike will learn from each other – a formula for a long and fulfilling life. 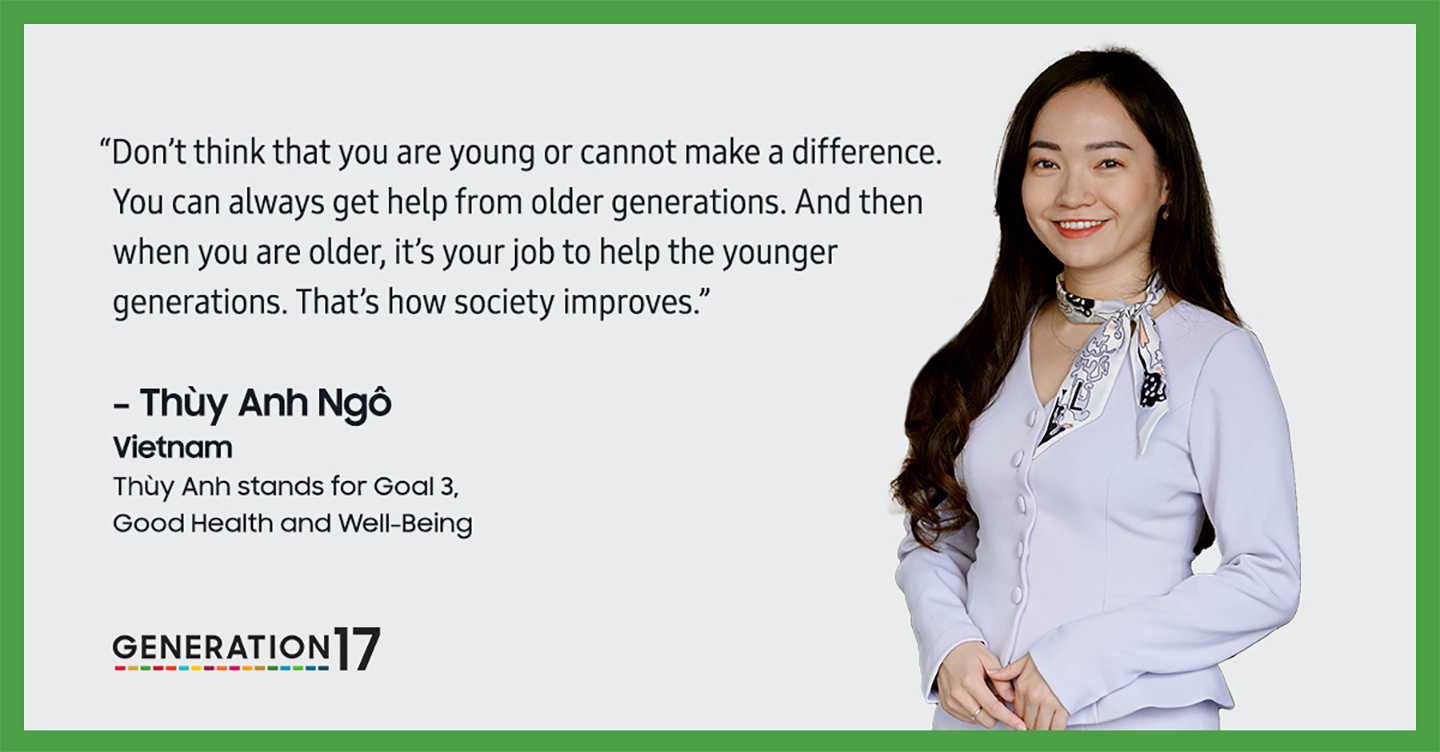 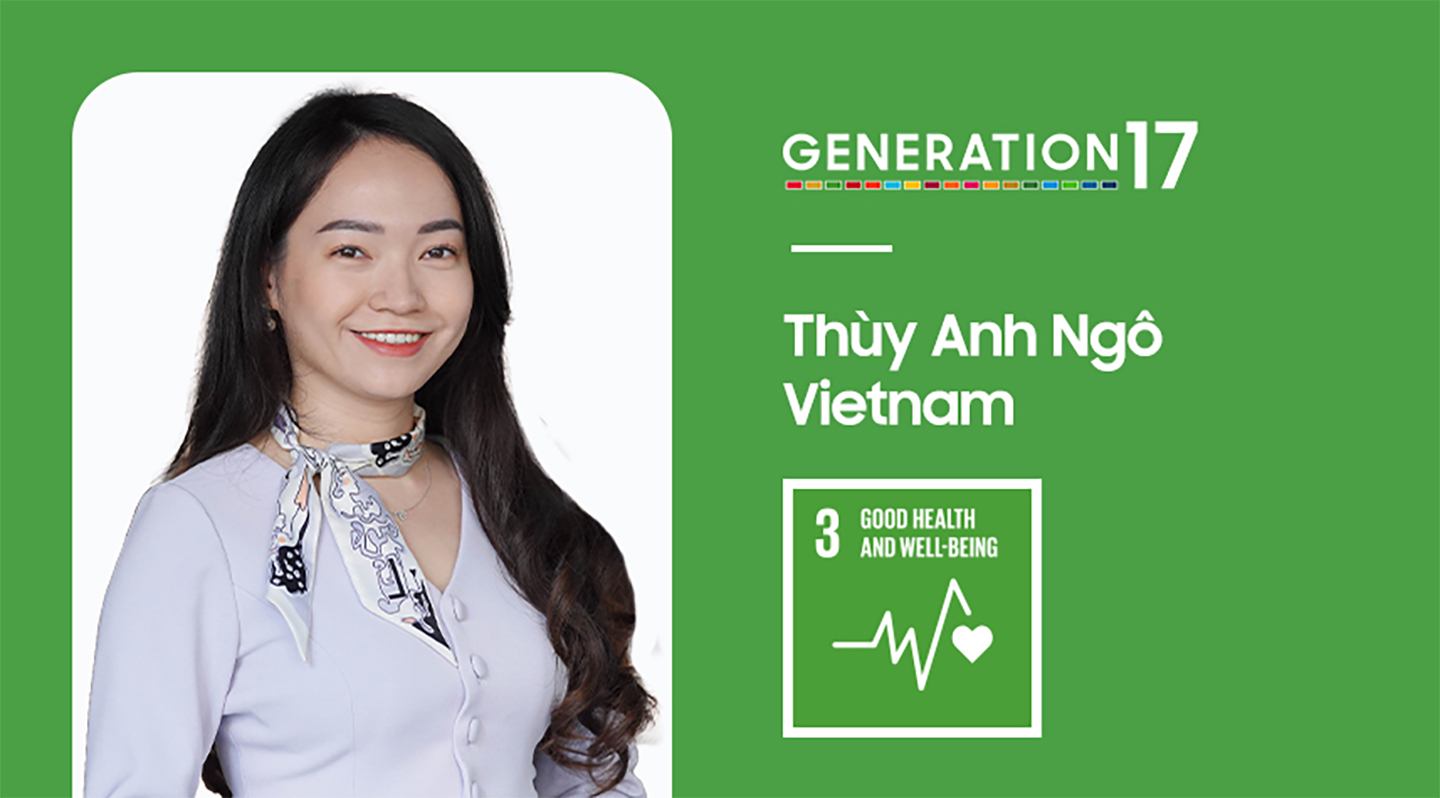 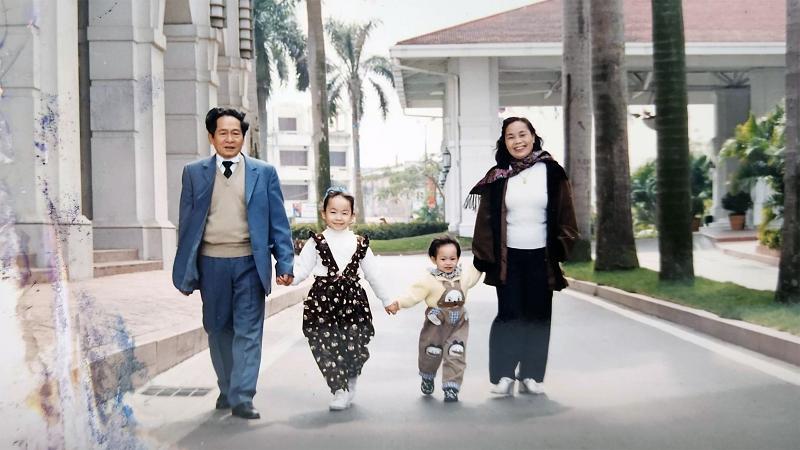 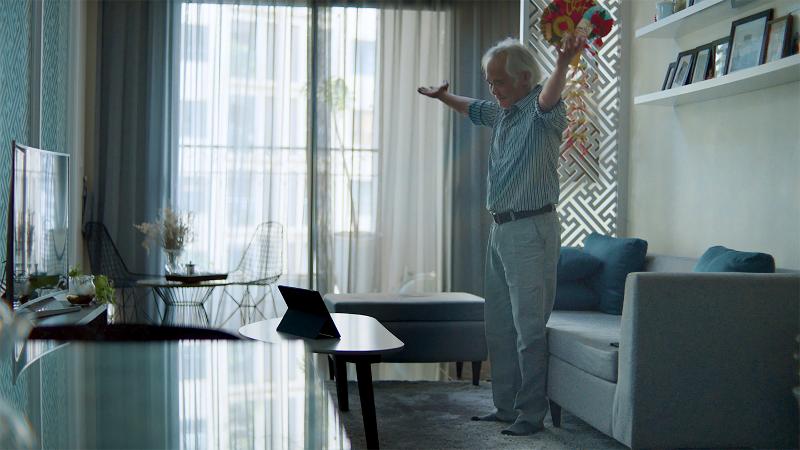 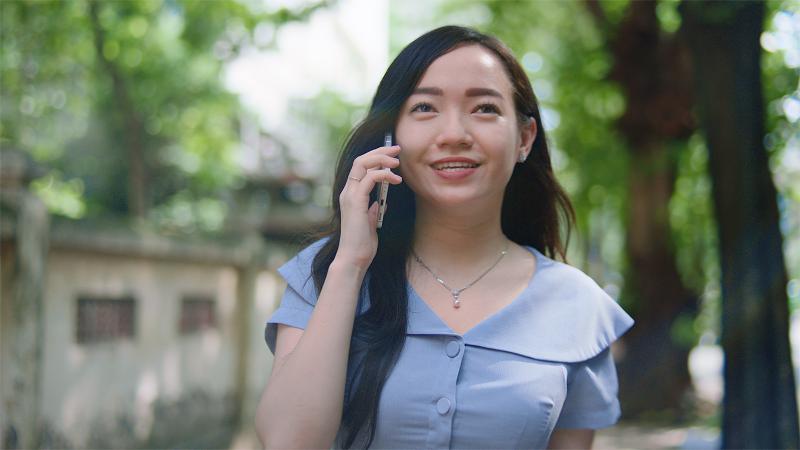 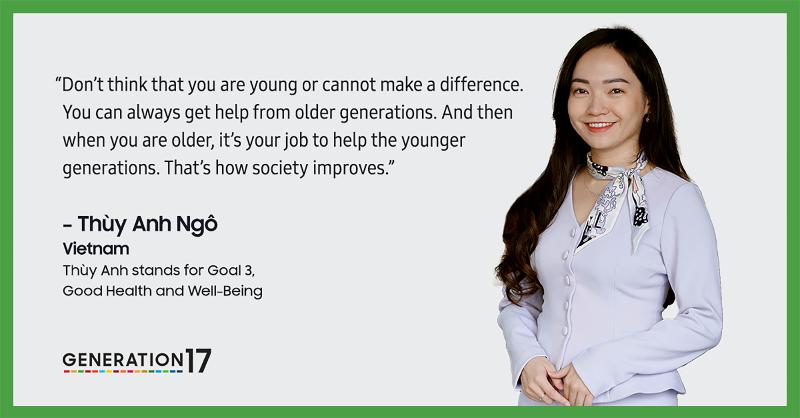 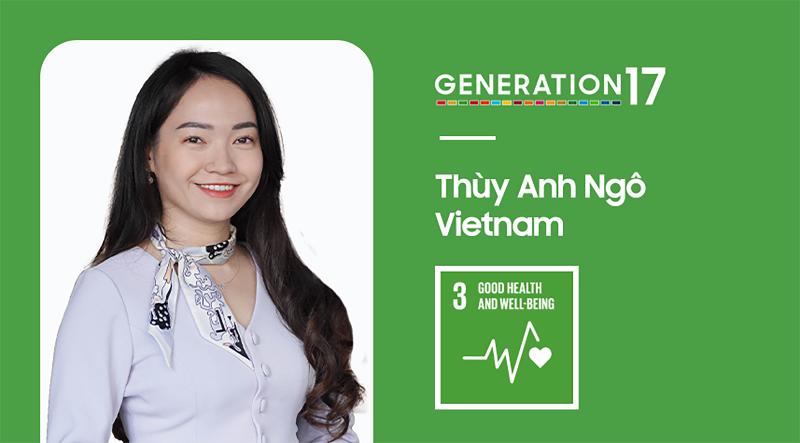