[Infographic] The Best S Pen Yet

Samsung Electronics’ latest additions to its flagship Note smartphone series, the Galaxy Note10 and Note10+, and tablet range, the Galaxy Tab S6, are purposefully-built power devices that enable you to live, work and play with utmost productivity. But a feature of both series that is key to helping you unlock your creativity and providing you with a truly seamless device experience is the S Pen.

First introduced alongside the initial Galaxy Note in 2011 and introduced more recently to the Galaxy Tab range, the S Pen has evolved over the years to become the ultimate tool, providing enhanced creativity with and increased usability of your device. Now, the Galaxy Note10’s S Pen has been re-designed to help users unlock the full power of their device.

The latest S Pen features a sleek unibody design and 10 hours of usage on a single charge thanks to its 350uAh lithium-titanium battery that provides high stability and resilience against external forces. The S Pen now also supports intuitive gesture recognition with S Pen Air actions so that you can always be completely in control. Thanks to its 6-axis sensor (which consists of three velocity sensors and three gyro sensors), S Pen Air actions let users take pictures, zoom in and out and switch camera perspective with a simple gesture, as well as change content and volume in multimedia apps with ease.

Take a look at the infographic below for more information on the full capabilities of the S Pen for the Galaxy Note10 and the Galaxy Tab S6. 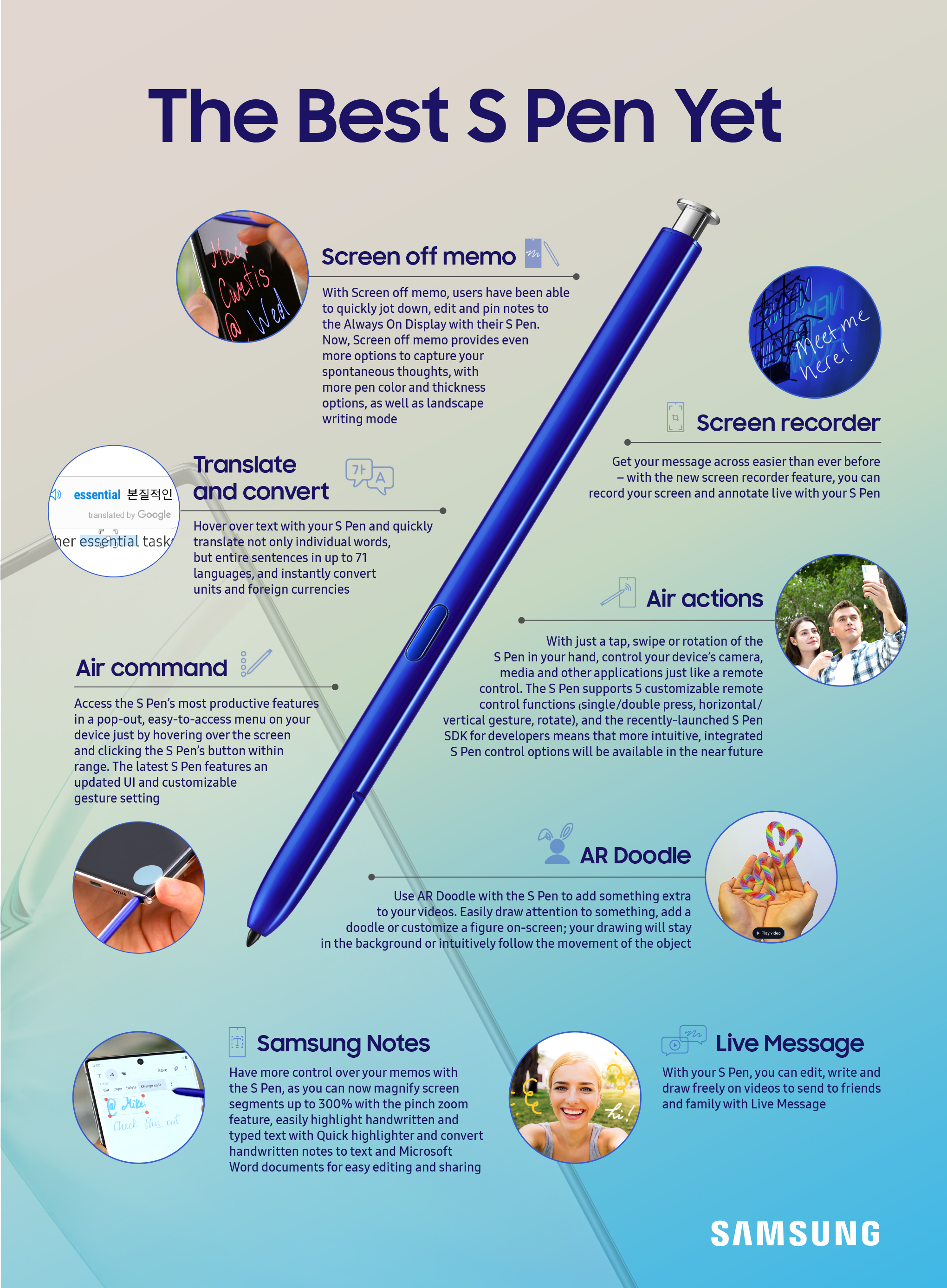 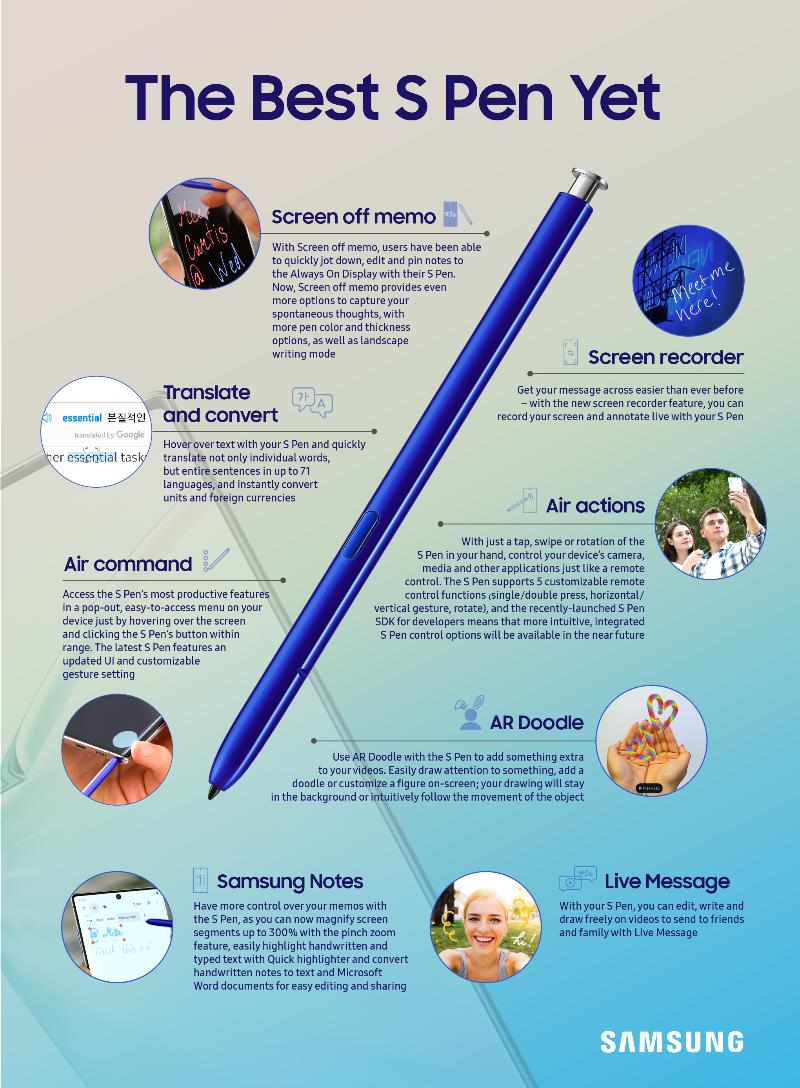