Generation17 Young Leaders: How Yejin Choi Turned a Passion for Education into an AI Learning Platform for Children Around the World

How did a local volunteer gig in Seoul, South Korea lead to an app educating children around the world? Yejin Choi, one of the changemakers in Samsung and UNDP’s Generation17 initiative, shares her inspiring story. 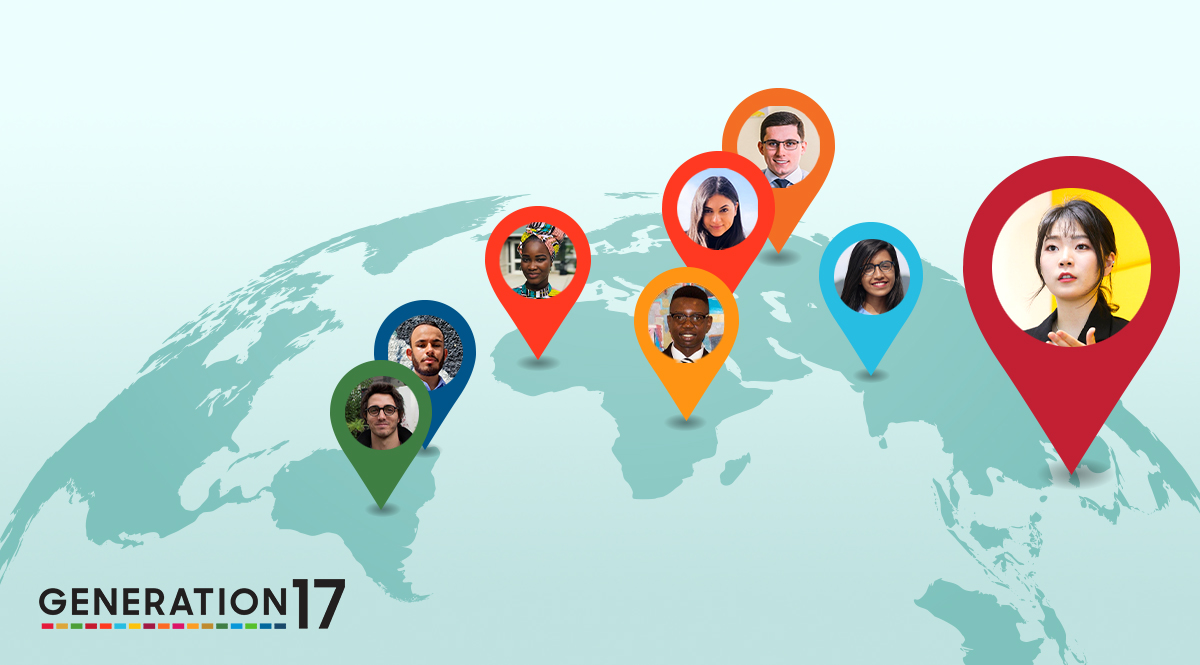 When she was 12 years old, growing up in Seoul, South Korea, Yejin Choi noticed a friend was falling behind in school. Out of 400 kids, he ranked nearly last. Eager to help but wary of hurting his confidence, Yejin suggested they go to tutoring together, and she convinced other friends to join, too. After three years in the study group, her friend was ranked No. 1 in the school.

Seeing how learning changed his life inspired Yejin to become a volunteer tutor for under-resourced children in Seoul, where she was determined to support them just as she had her friend. As a cognitive therapist, she recognized what they needed: She set about building an education app to make early learning more interactive, fun and tailored to a child’s needs. 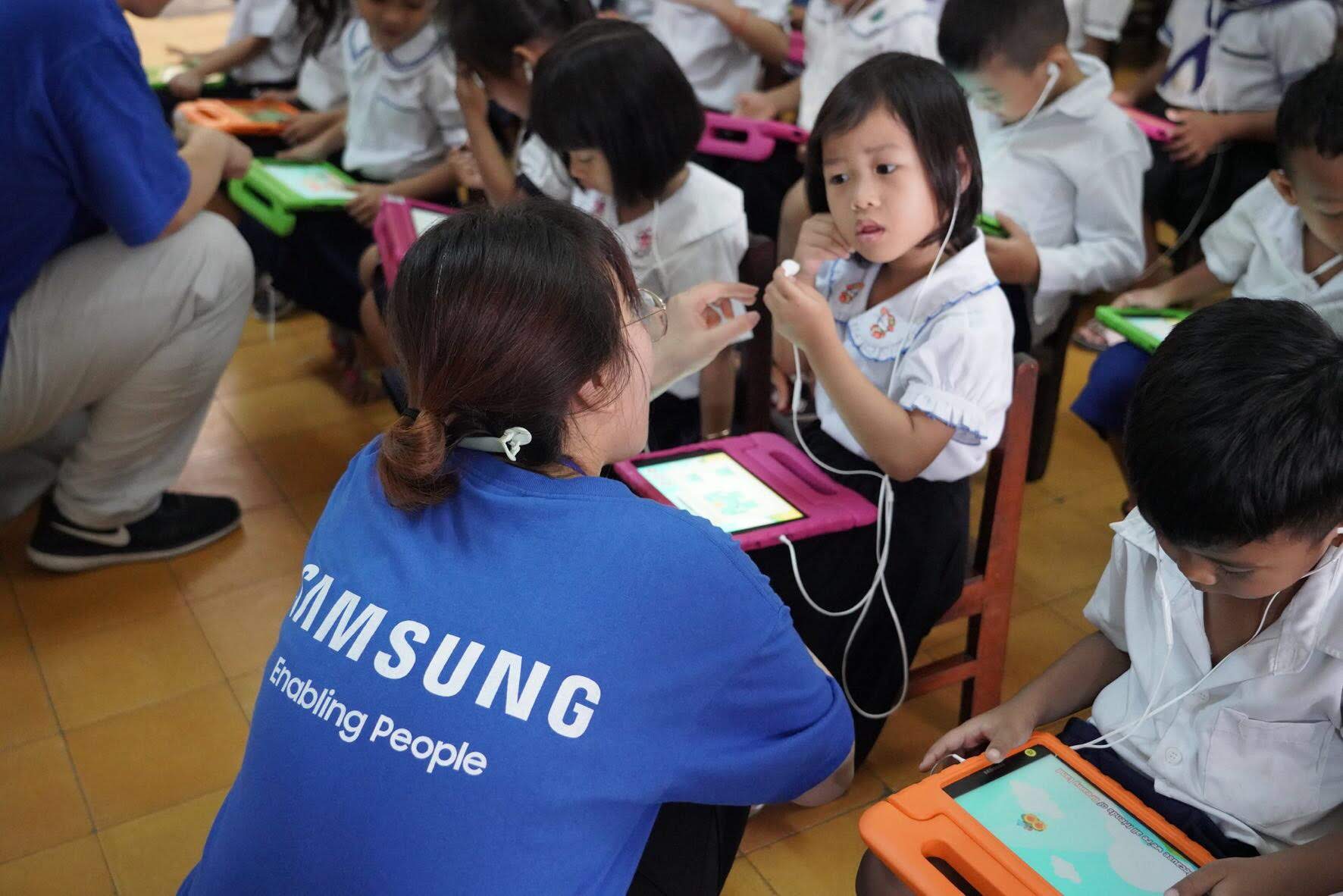 Today, Yejin is one of the newest members of Generation 17, a partnership between Samsung and the United Nations Development Programme that magnifies the ingenuity of young leaders worldwide who are helping to achieve the 17 Global Goals. Her mobile, AI-based learning platform, called DoBrain, offers accessible and affordable school-readiness solutions for children, including those with learning disabilities. Available on smartphones and tablets, DoBrain stands out, Yejin believes, as a clinically verified program for 3- to 7-year-olds. So far, nearly 600,000 children worldwide have used the app.

Recently, Samsung asked Yejin about her experiences, inspiration, and her advice for young people eager to use technology to help achieve the Global Goals.

What was your Global Goals epiphany?
I grew up in a residential area that was very divided. On one side were families who were really well educated and had more money. On the other side, families had less and were more supported by the government. Children from both sides went to the same schools, but it was obvious they didn’t have the same resources.

The gap was huge, and I was able to experience both sides, which helped me realize the circumstances were unfair. As early as middle school, I realized something had to be done to break the cycle that kept young people from having a better future. A few years later, when I was 18, I started volunteering with children in my community. Some had learning disabilities and needed specialized education methods that were not accessible. That’s when I knew I wanted to create an academic resource for them.

Other people are doing really good things for the future, like reducing plastics and promoting plant-based eating, but I thought it would be really valuable to teach kids—it’s directly tied to helping future generations. 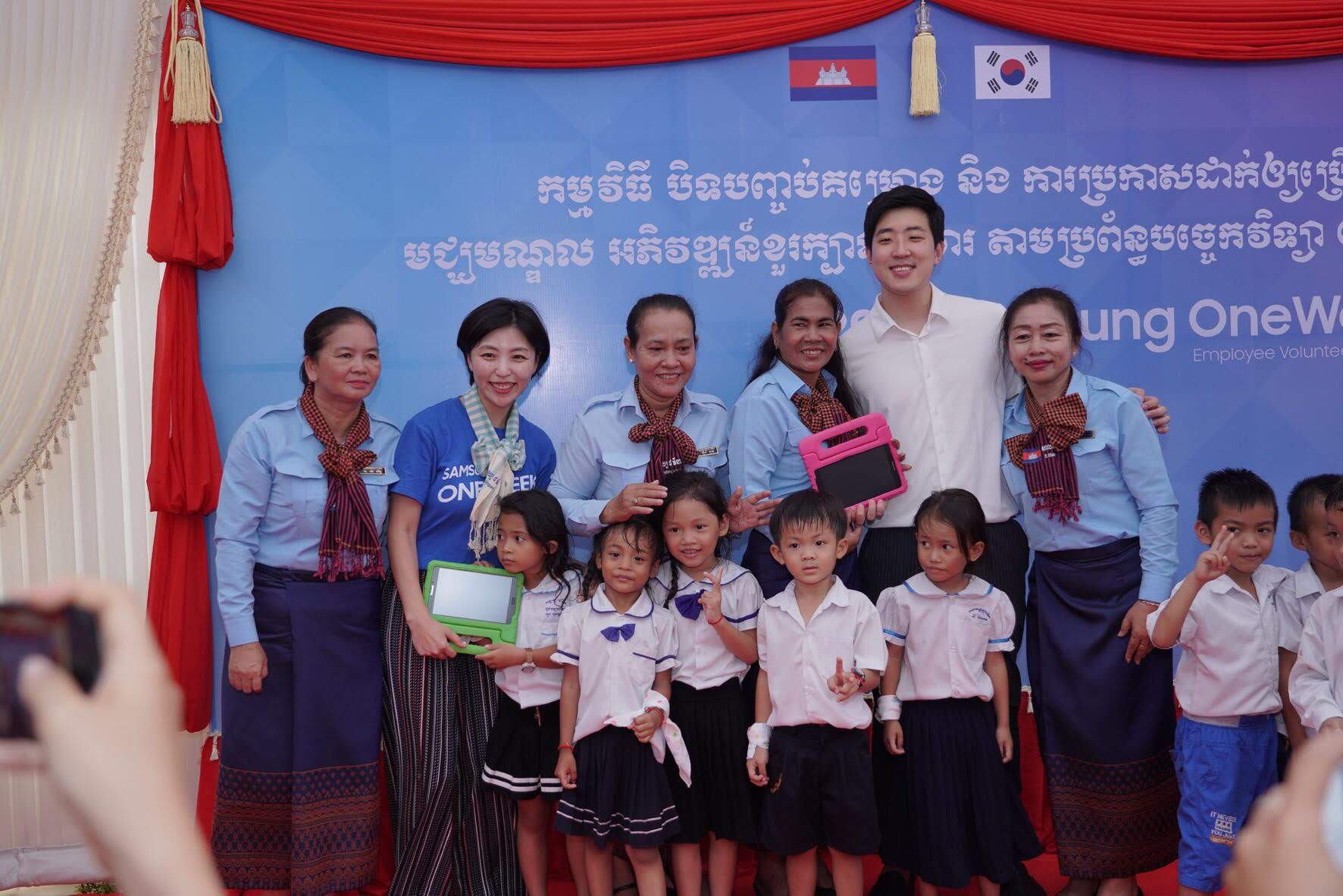 How did you discover that your technology can change lives?
At first, I tried to help parents by sending them written lesson plans, but the physical documents were too time-consuming. It occurred to me that these children enjoyed watching online videos, so I had the idea to create an interactive app. It would be mobile and video-based—and grounded in proven cognitive therapy techniques that target foundational brain functions, like reactiveness and creativity. Almost immediately, children embraced DoBrain and were able to use it independently. Their parents raved about its impact. Using a digital solution also made it possible to scale quickly to other countries. 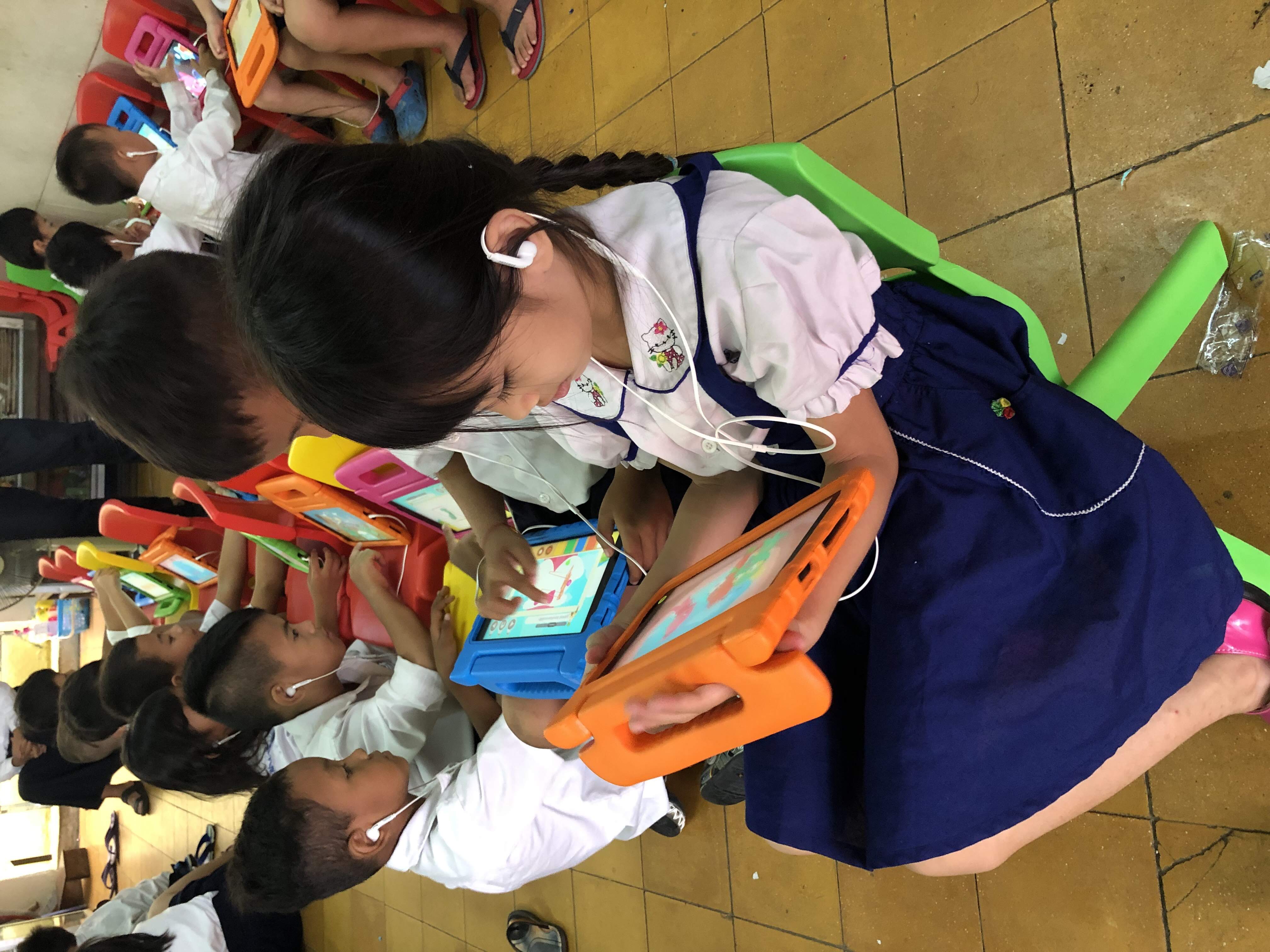 What does mobile technology enable that wasn’t possible before?
Early intervention is key to supporting children who have learning disabilities, but typically, the information required to diagnose children is limited to a few professional groups. For children whose families or communities lack resources, access to these specialists is rare, and so many go undiagnosed and aren’t getting the help they need.

The simple fact that most mobile phones have cutting edge technologies, including a nice camera, has made it possible for us to broaden access to early detection and intervention tools. We are developing diagnostic AI technology with Yonsei University College of Medicine that could change that and allow us to deliver this information to parents around the world through mobile devices.

What was one of the biggest challenges you encountered in scaling your work?
In 2019, we set out to distribute cognitive development programs to five schools in Cambodia. Normally, this would require dozens of teachers and cost millions of dollars, but the accessibility of mobile technology made an incredible difference.

We also learned that partnerships with local NGOs are very important to achieving widespread change and driving efficiencies. In Cambodia, I met really smart researchers who worked with the UN, and we set up an amazing group with experts from all around the world.

Last year alone, we made 50 updates to the app. That progress is only possible because of collaboration. 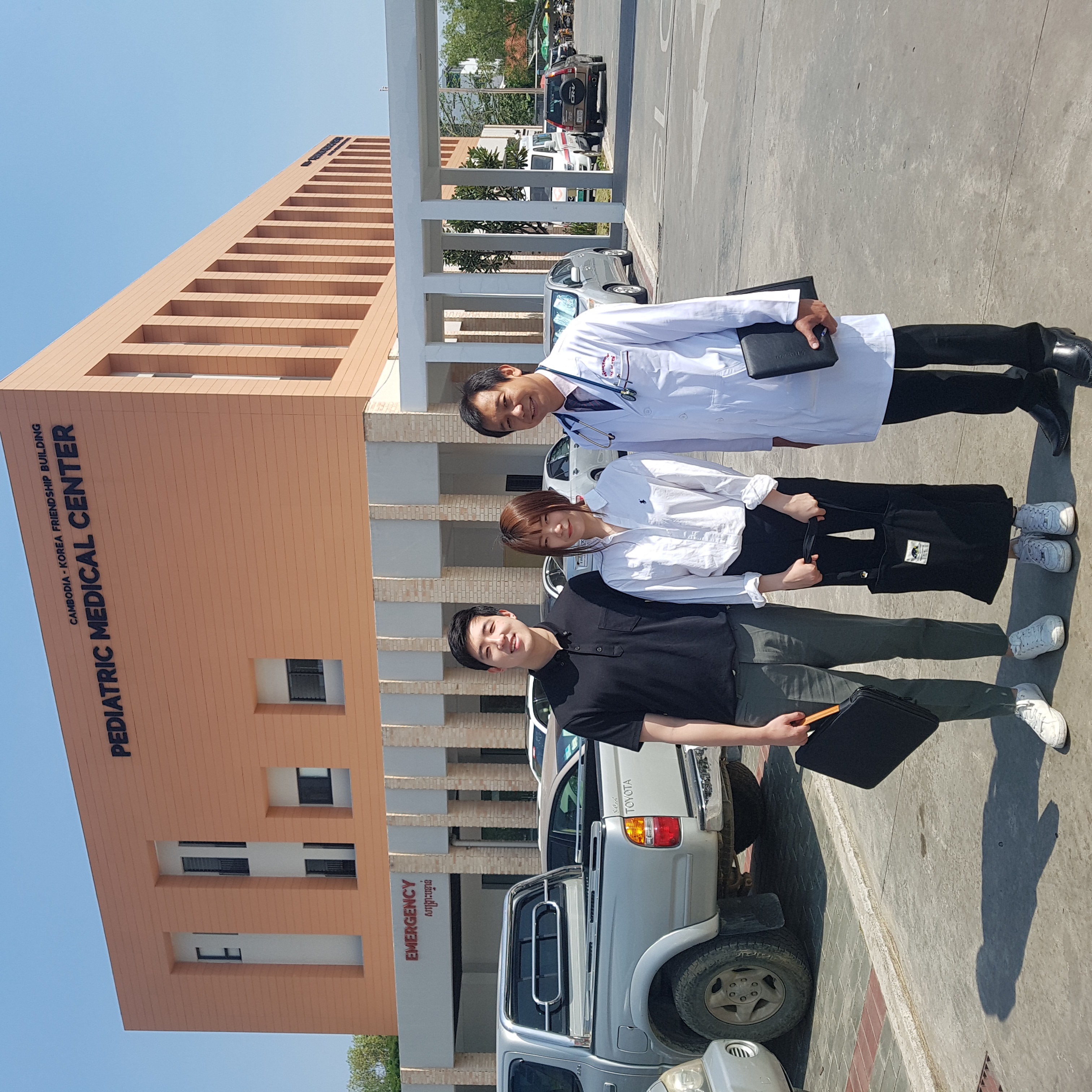 How do you stay inspired on days when the world’s challenges feel insurmountable?
One or two times a week, I interview our users. One user, a man from a suburb in Korea where quality education is limited, said his son’s writing skills greatly improved after using DoBrain.

Another user told me that her daughter struggled with verbal communication and that DoBrain helped advance her skills and that she started to sing with her mother after 12-weeks of DoBrain! These stories keep me motivated. I love brainstorming how, together, we can overcome education challenges around the world.

What are your goals for the year ahead?
I want to continue expanding DoBrain within and beyond Asia, Canada and the U.S. Our users are growing in India and Cambodia. Our goal is to further develop the AI algorithm that we hope will accurately assess a child's development like a therapist would so that we can reach even more children from under-resourced communities.

What’s your advice for young people who want to help achieve the Global Goals but don’t know where to begin?
It’s as simple as looking at the people and communities around you. Everyone can find the way to use their own talents to help others. Small changes by average people can really change the world. This belief powers innovative mobile apps like DoBrain and the Samsung Global Goals app, which enables everyday users to support the Global Goals. The Samsung Global Goals app is a great first step to get learn about our global challenges and the individual actions we can all take to build a better world. 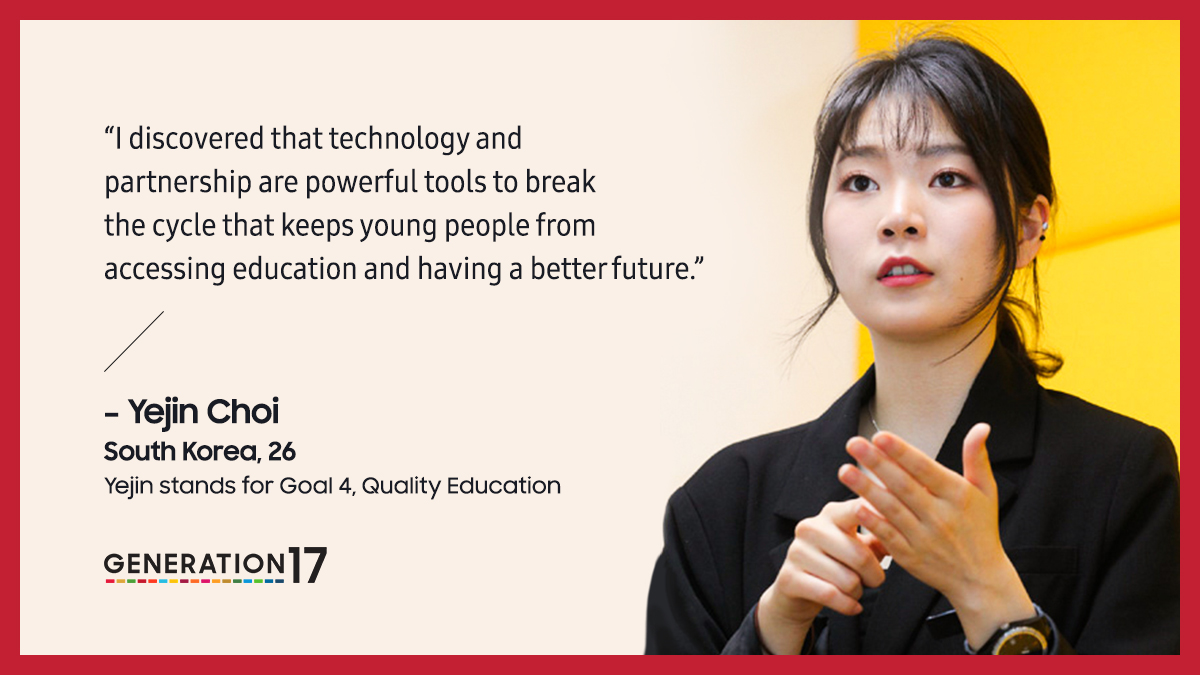 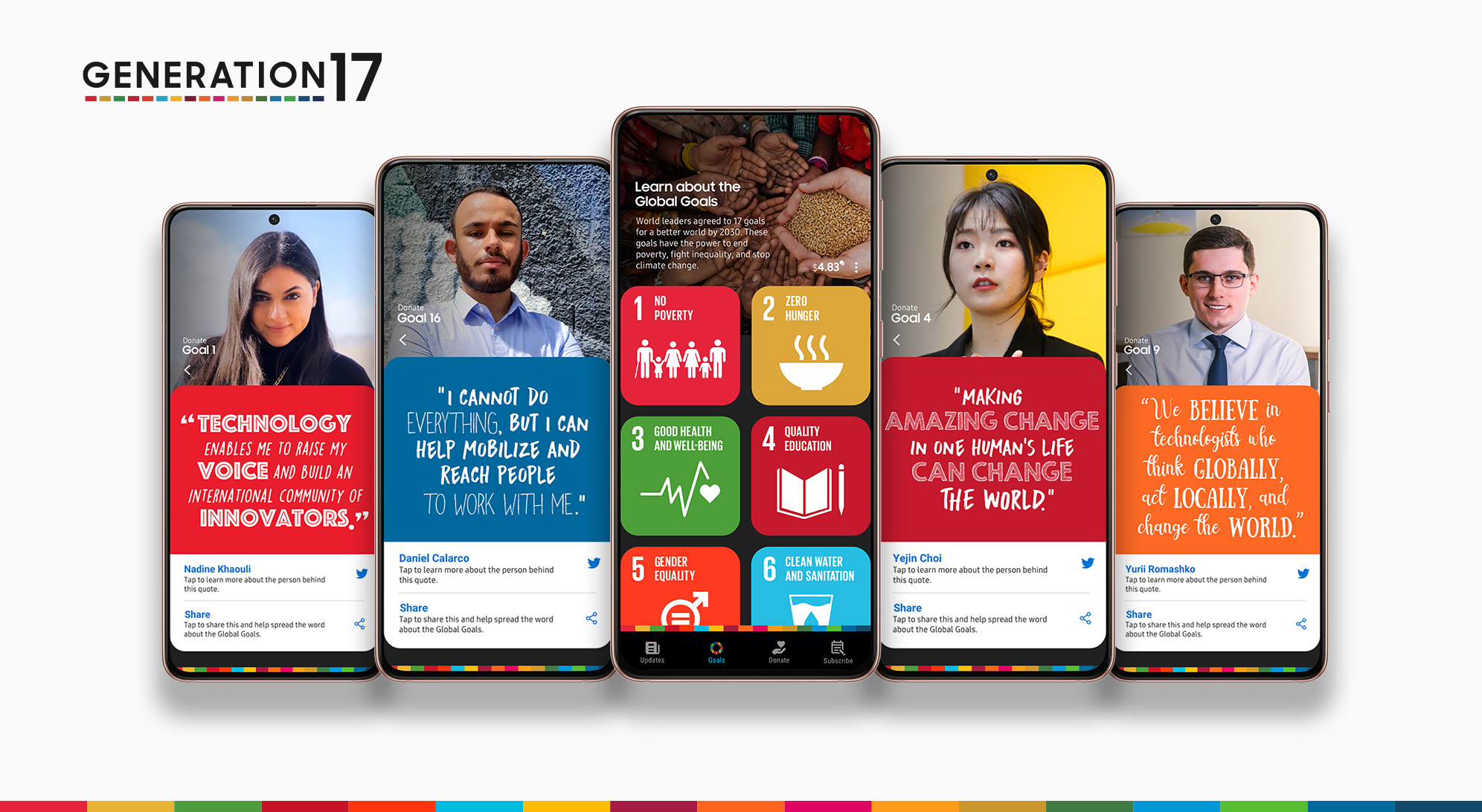 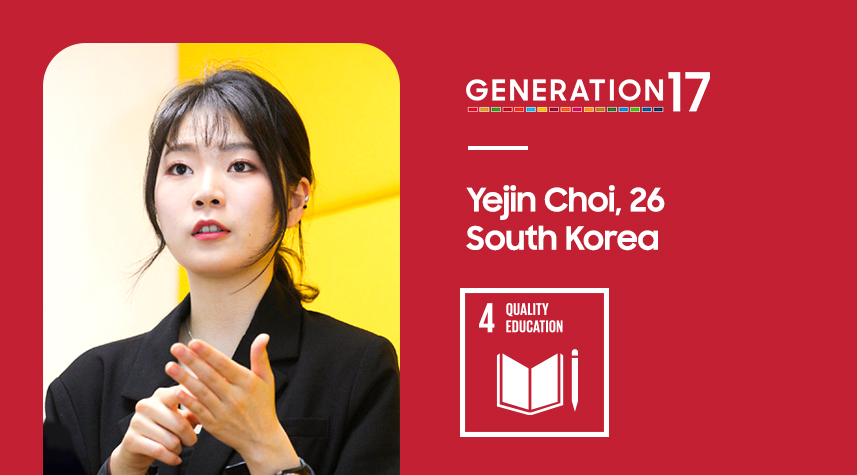 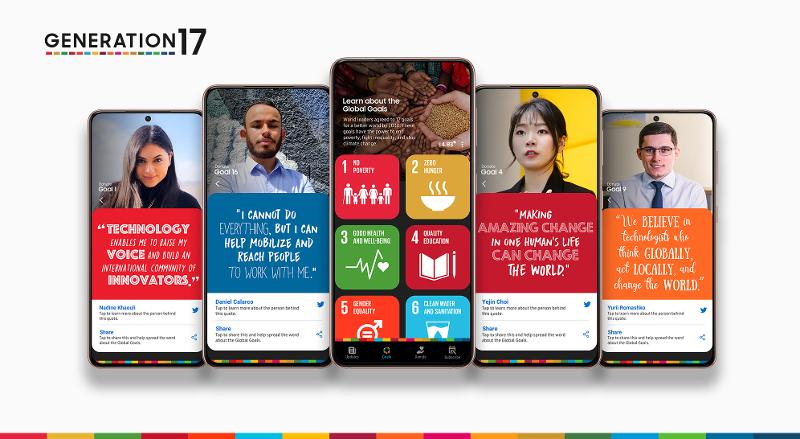 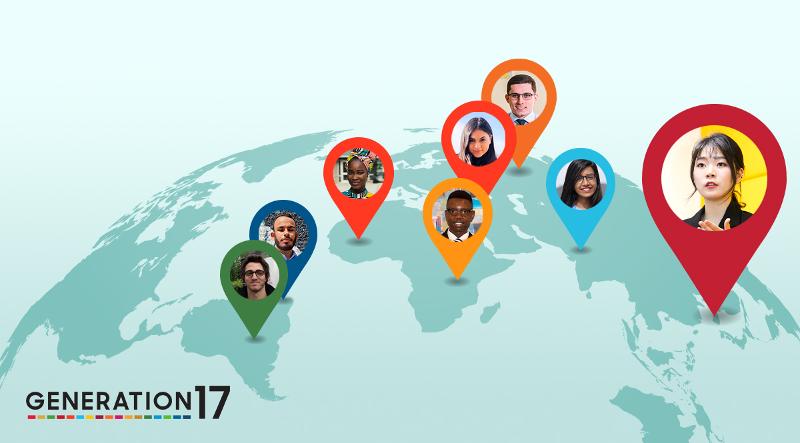 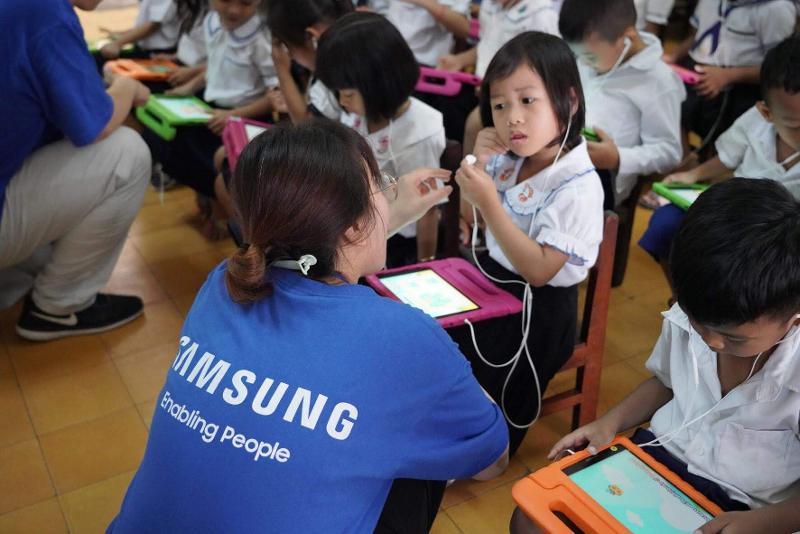 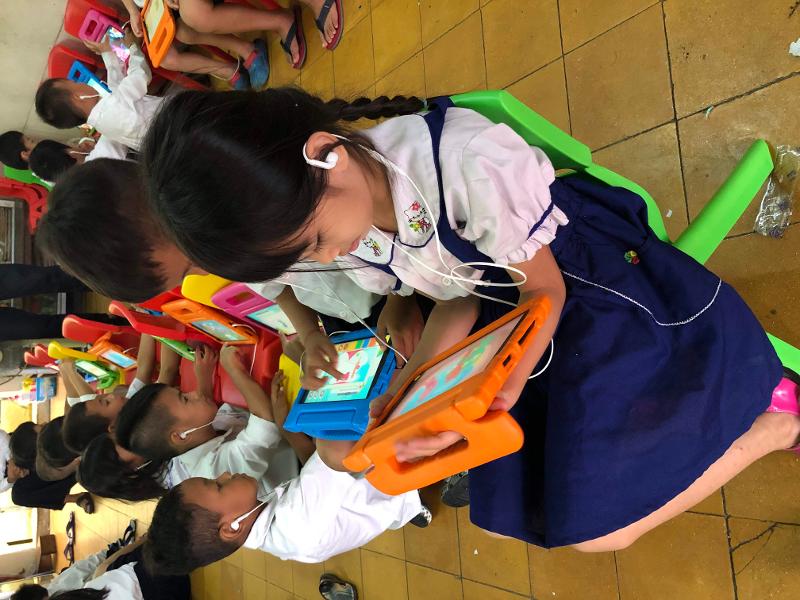 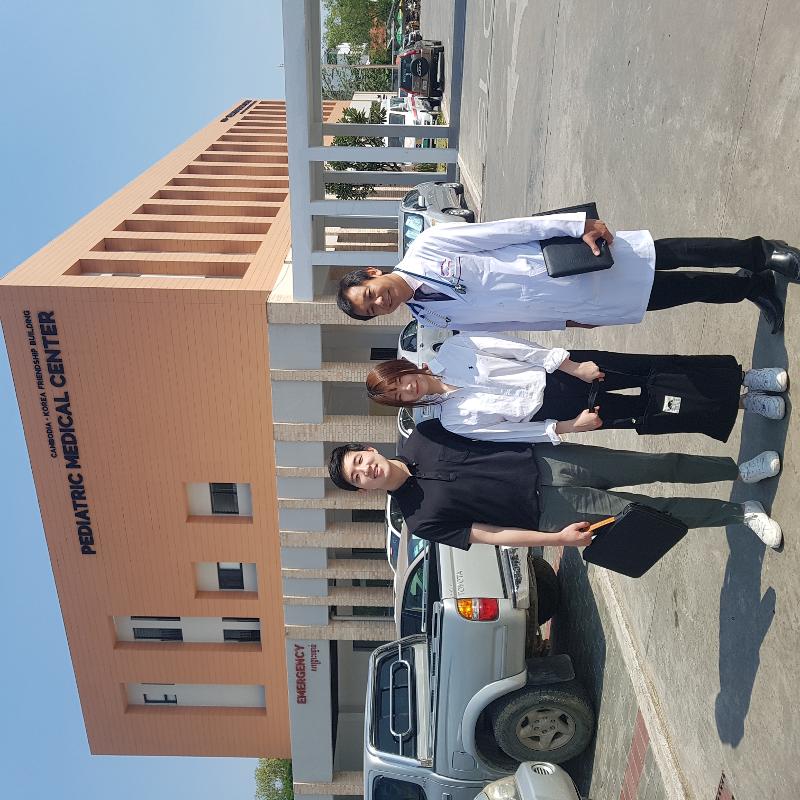 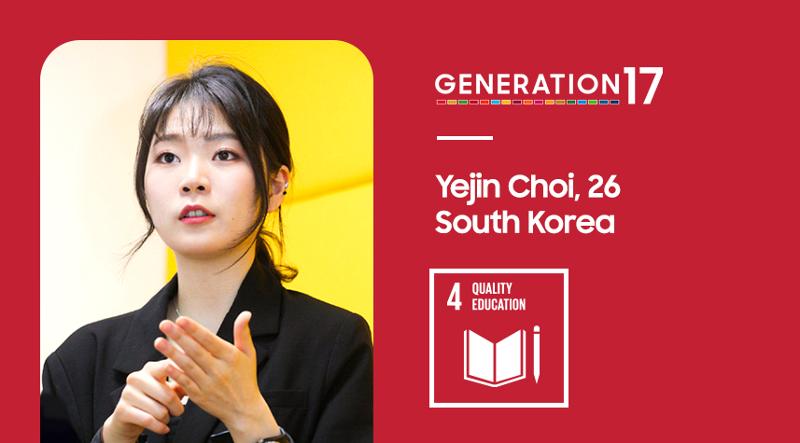 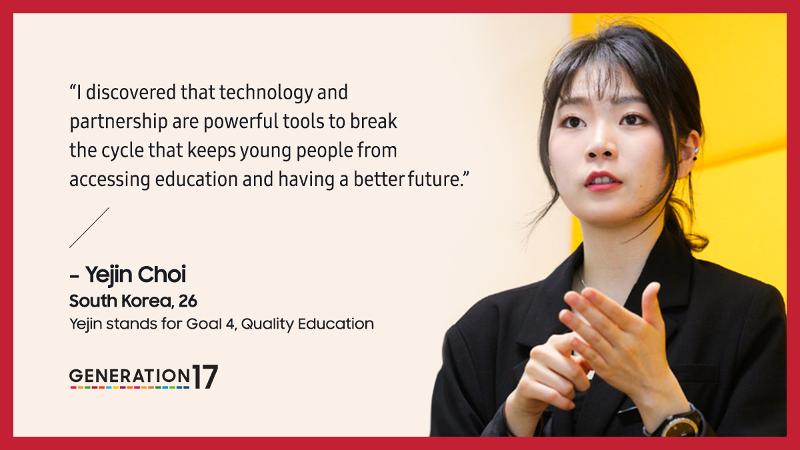