Diving into the Fold: Samsung Experts Reveal the Engineering Secrets Behind the Galaxy Z Fold2 Hinge

Hear how Samsung tackled the technical challenges of the Galaxy Z Fold2’s hinge straight from the experts.

Opening and closing your phone might seem like a simple action, but when it comes to foldables, every fold represents thousands of hours of research and innovation. Nowhere is this more apparent than in the Hideaway Hinge technology that first appeared on the Galaxy Z Flip, and subsequently the Galaxy Z Fold2.

Samsung developed the new Hideaway Hinge design to tackle some of the challenges of the original Galaxy Fold, improving durability and delivering Flex mode, an entirely new way for users to engage with their devices.

Hear how Samsung tackled the technical challenges of the Galaxy Z Fold2’s hinge straight from the experts.

While the original Galaxy Fold broke the mold of traditional smartphones, it also had design elements that needed improvement. The Galaxy Z Fold2 borrows the Hideaway Hinge mechanism from the Galaxy Z Flip, with a few tweaks to update the foldable experience.

“The Hideaway Hinge, which was first introduced in the Galaxy Z Flip, received positive customer feedback for Flex mode and its stable folding experience,” said SeungHyun Hwan, Samsung Electronics Advanced Mechanical R&D Group. “We wanted to keep those strengths in the new product.”

Although it appears simple from the outside, the Hideaway Hinge is rather complex, comprised of over 60 extremely small elements. The engineers weren’t the only team involved in bringing it to life — the product design team also played an integral role.

“We needed to come up with an intricate solution,” said Hwan. “After reviewing dozens of versions with the design team, we were able to build an optimal space to place the hinge, which is how we created the final design.”

Sweeping Away Dirt and Dust

One of the major challenges of developing a foldable device is ensuring that dirt and dust don’t find their way into the hinge, ultimately causing damage under the screen. Out of necessity, the hinge must have a small gap that allows the device to fold and unfold, but it also makes the device vulnerable to dust damage.

“We needed to develop a technology that could close the inevitable gap between the front and hinge housing,” said Hee-Cheul Moon, Samsung Electronics Advanced Mechanical R&D Group. “Our solution was the Sweeper technology, which uses elasticity to close off the gap even when moving.”

But creating the sweeper mechanism for the Hideaway Hinge was no easy task.

To meet the demands of the Galaxy Z Fold2, the sweeper had to satisfy three conditions. First, it had to be durable. To keep up with the way in which people use their foldable devices, the hinge had to be able to withstand at least 200,000 folds. Second, it had to maintain elasticity for the movement of all the tiny components of the hinge. Lastly, it had to be small enough to ensure the final iteration of the Galaxy Z Fold2 would be light and slim. After going through 98 different ideas, none of which worked, Samsung engineers drew inspiration from the most unlikely place: your household vacuum.

“The brush in a vacuum cleaner is an elastic body made out of fibers. And it seemed to be short enough for our device,” said Moon. “We were able to render fibers that were shorter than 1mm and build them into parts that were compatible with the life expectancy and elasticity.”

Thanks to the sweeper technology, you can fold and unfold the Galaxy Z Fold2 without worrying about dirt and dust getting under the screen. 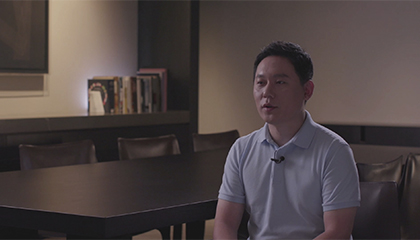 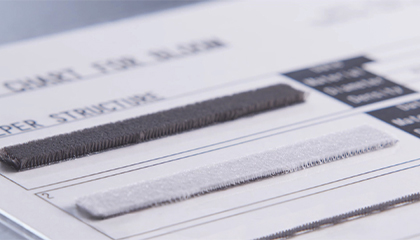 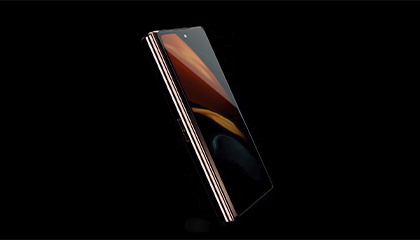 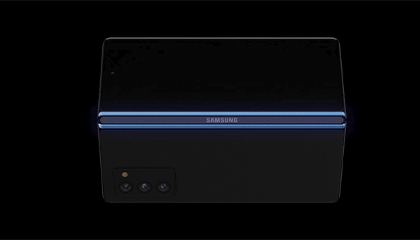