On September 30, Samsung Electronics was awarded the 2019 ‘Best Wi-Fi Innovation Award’ by the Wireless Broadband Alliance (WBA). The honor was bestowed upon Samsung’s Galaxy S10 for its Intelligent Wi-Fi and Wi-Fi 6 innovations, making it the first smartphone to ever receive the award. 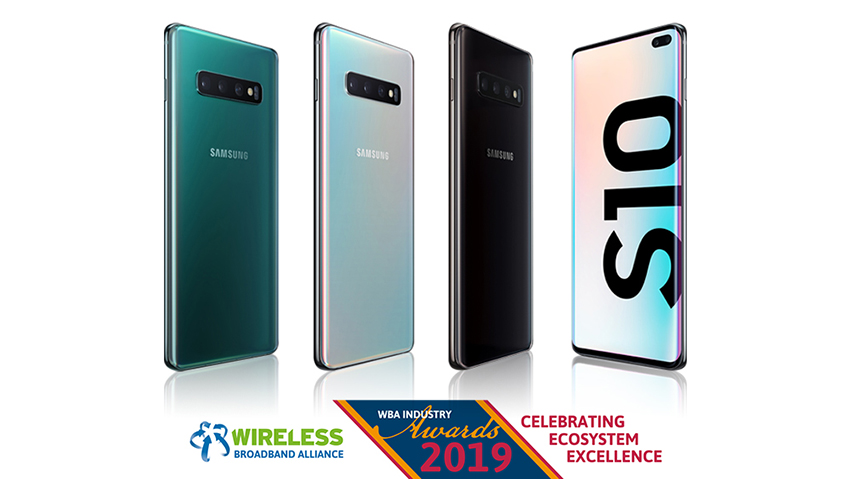 The Galaxy S10’s Intelligent Wi-Fi utilizes machine learning to ensure that users’ Wi-Fi connections are both smart and safe. The innovation enables the device to recognize when a user has entered a space where Wi-Fi connections are likely to be unstable, and automatically switch to LTE connectivity to avoid network interruption. What’s more, Intelligent Wi-Fi allows the device to more quickly detect weaker Wi-Fi signals in places like elevators, allowing it to transition from Wi-Fi to LTE connectivity much more quickly. Upon connecting to a new network, the function even allows the device to analyze traffic patterns and notify users if the network is suspicious, thus protecting them from dangers such as phishing and malware attacks.

The Galaxy S10’s Wi-Fi 6 capability provides smartphone support for next generation technology, boosting download and upload speeds by up to 20 percent compared to previous generations of Wi-Fi. When users are in crowded areas where Wi-Fi signals would usually be slow and unstable, Wi-Fi 6 allows for network connections that are about four times faster than those experienced by users of older Wi-Fi generations connecting in the same location. And surprisingly, this added speed and reliability actually uses less battery power, not more, allowing users to conserve power for when they need it.

The WBA Industry Awards have been honoring remarkable developments in Wi-Fi ecosystems globally for the past seven years. The awards acknowledge exceptional innovations in wireless networks, smart cities and remote wireless deployments in the interests of recognizing and encouraging excellence and promoting successful practices. Each shortlisted nomination is featured in a WBA Case Study so that the innovation may be shared with the wider industry.

The ‘Best Wi-Fi Innovations’ category acknowledges network operators and technology companies whose solutions are post-deployment, and “recognizes and celebrates innovations and deployments with Wi-Fi, which enable seamless and secure support, greater interoperability and/or transformational benefits to customers.”

Speaking about the recent awards win, Jong-Mu Choi, Head of Convergence R&D Group at Samsung Electronics said, “Samsung is proud that its Wi-Fi innovations have been recognized in such a way. The company will keep working to enable its devices to make use of these new Wi-Fi capabilities, so that the improved usability therein reaches consumers as quickly as possible.  One example of this is the Galaxy Note10’s recent accreditation as Wi-Fi CERTIFIED 6™, which saw it join the Galaxy S10 as one of Samsung’s certified Wi-Fi 6-capable devices. Going forward, Samsung looks forward to utilizing faster, smarter Wi-Fi connections as the foundation that will allow it to continue bringing added convenience to users.” 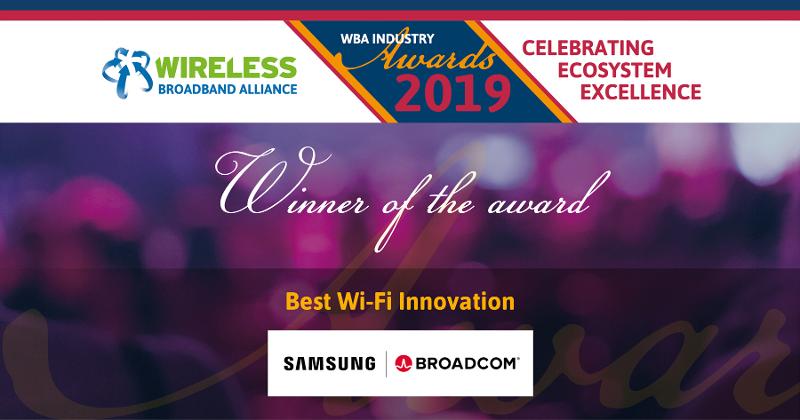 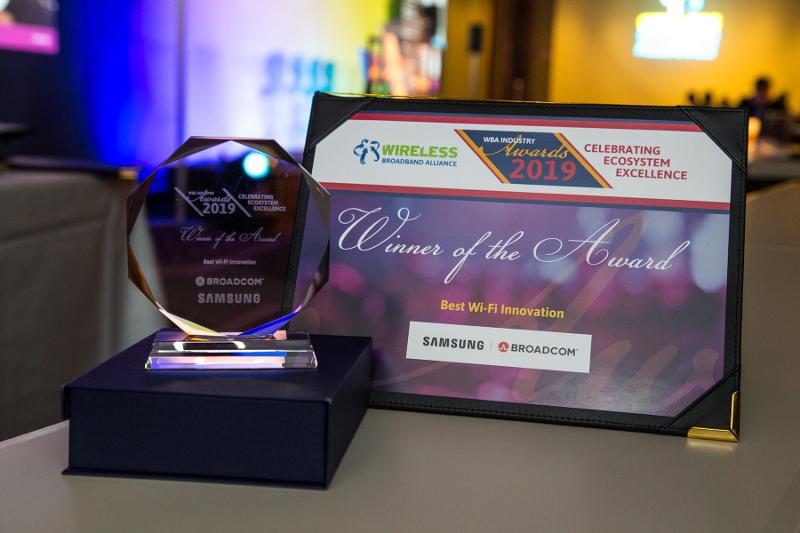 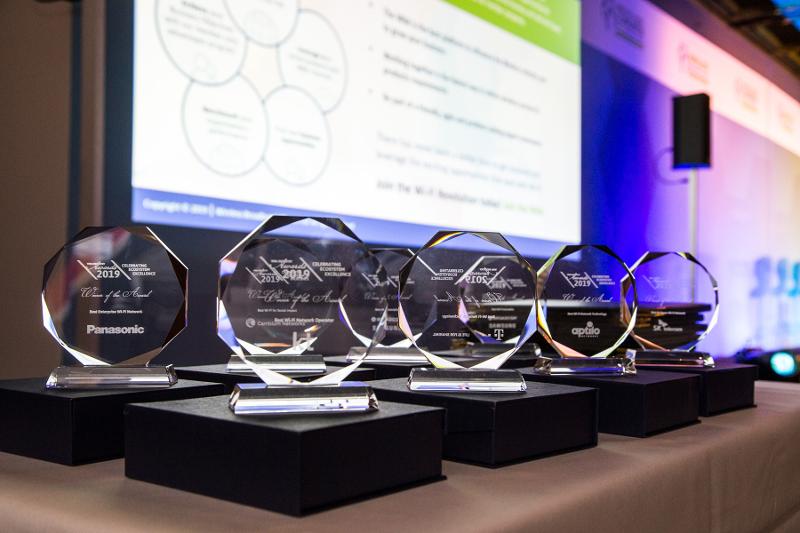 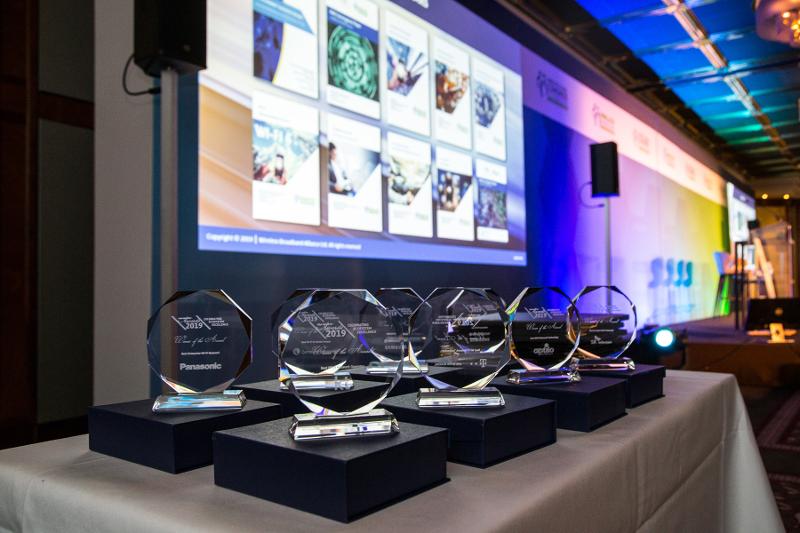 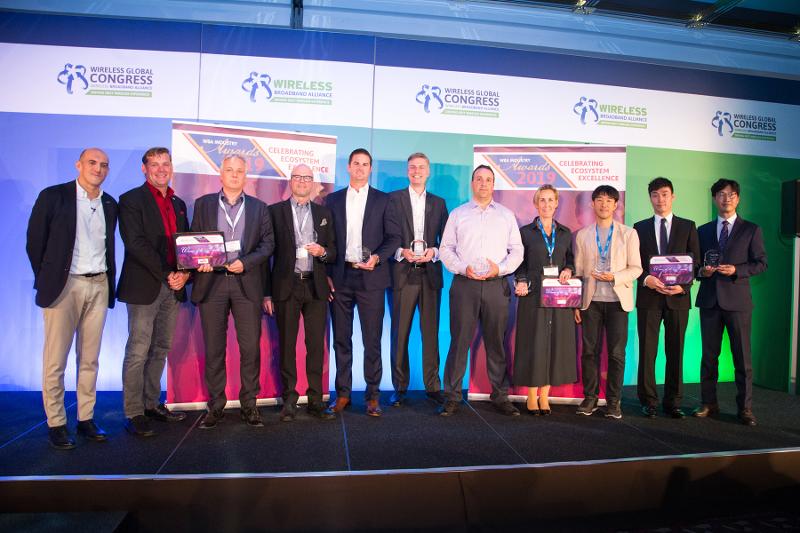