"It’s part of our company’s heritage to fight the odds and defy barriers to achieve meaningful progress, which is not only a core value for Samsung, but also personified at the Games." 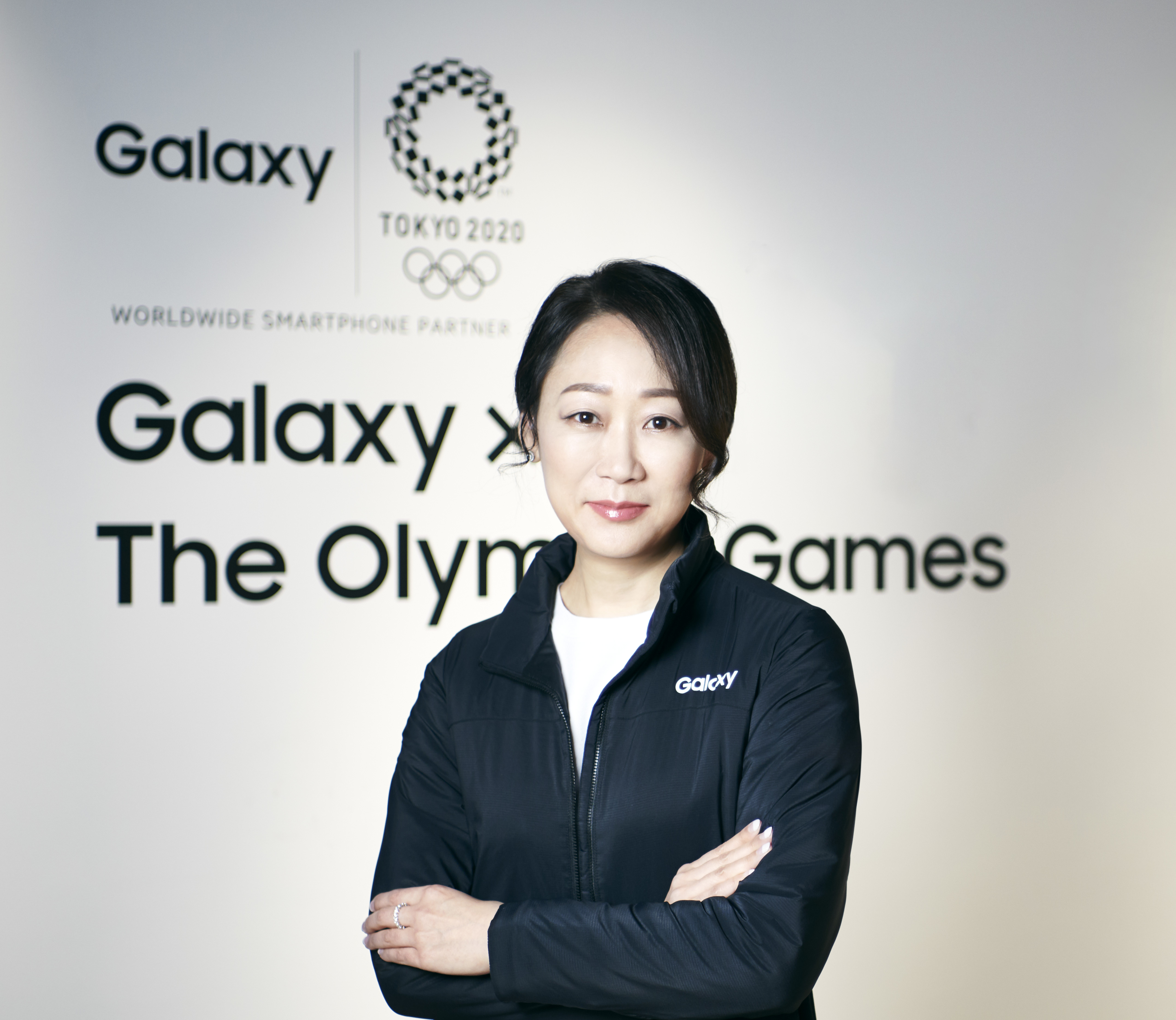 Q1) What are your earliest memories of the Olympic Games?

I remember the Olympic Games Seoul 1988 very clearly. It was a historic event symbolising the 80s, which was a time of globalisation and rapid economic growth in South Korea.

Seoul 1988 was particularly memorable for me because it gifted me with the opportunity to participate as the Accompanying and Guide Staff volunteer for Juan Antonio Samaranch, President of the IOC at the time.

In addition to my personal experience, it was also very significant for South Korea to host the Games, which symbolised a peaceful Olympic experience for all for the first time since the Olympic Winter Games Lake Placid 1980. At the end, Team Korea ranked in 4th place, which generated a lot of pride and excitement for our country. To this day, I still recognise that Seoul 1988 sparked my deep attachment and passion for the Olympic Games and everything it stands for.

Q2) What makes the Olympic Games so special, in your opinion?

Of course, watching the various events and athletes compete is entertaining, but I believe what makes the Games so special and touching are the moments in which Olympians push beyond all limits.

Watching a seemingly impossible record get broken during the Games and seeing a new face on the podium makes me question what our limits really are, and it makes me question if I am limiting myself - which aligns perfectly with Samsung’s philosophy of “Do What You Can’t”. It’s part of our company’s heritage to fight the odds and defy barriers to achieve meaningful progress, which is not only a core value for Samsung, but also personified at the Games. As an organisation, those values are also how we strive to make life better through innovative technology.

In the same year I joined Samsung, we released a documentary as part of our Rio 2016 Olympic campaign. The film, “A Fighting Chance”, highlighted the untold stories of four athletes on their quest to overcome remarkable barriers to compete in the Olympic Games and celebrated the spirit of brave young athletes who embodied both Olympism and the values that we try to honour as a company.

Q3) How did you become involved in sports marketing/sponsorship?

It’s exciting to be part of Samsung's sports marketing efforts for Tokyo 2020 because I can leverage my past experiences and combine it with the company’s rich 30-year history with the Olympic Games. Our brand’s commitment to the Olympic Movement allows us to enhance Samsung’s brand relationship with athletes, fans and consumers.

Through our ongoing commitment to connecting with and inspiring Olympic athletes and fans around the world, we’ll continue to dedicate efforts to our main activations, which include: on-site brand pavilions; global marketing initiatives that connect athletes with fans and consumers; athlete sponsorships; Olympic Games Limited Edition phones uniquely themed to each Games; and digital campaigns that have increased participation and enhanced the Olympic experience for all.

Q4) What is unique/special about Olympic sponsorships?

The Olympic Games are made up of touching stories by athletes, that capture the attention of millions of people from around the world.

As the Olympic Partner in the Wireless Communications category, Samsung has the opportunity to help break borders between regions and change the way consumers experience the Olympic Games. New technology, such as 5G, is creating faster ways for fans to participate in the Games like never before, and giving athletes and fans the opportunity to stay even more connected and engaged through digital and social platforms.

Q5) Are sports sponsorships still as relevant today as they have been previously?

Yes, they are. There are constant changes from one edition of the Games to the next. To name a few, what we’re seeing now is that the trends are quickly evolving, the variety of experiential content is increasing, and the new sports categories added to the Games are generating a lot of excitement. On top of that, Samsung believes that the emotional value and the Olympic spirit of global harmony are core elements that carry over and are as important today as they have ever been.

We are well aware that Millennials, who are digital natives, value personal interests and accept the perspective of others. Because of this, we are creating fun and vibrant content with technology for them to enjoy and experience the Olympic Games through their mobile devices.

As part of our commitment to creating a better Olympic experience for all, Samsung will continue to support new initiatives by working in collaboration with the IOC and assisting with the development of the digital future of the Games.

Q6) How significant has Olympic Agenda 2020 been to a TOP Partner such as your company?

As a TOP, Samsung Electronics embraces the progress of the Olympic Movement through Olympic Agenda 2020. Samsung has always valued progress and change towards a better future.

Through a partnership with the United Nations Development Programme (UNDP), Samsung is committed to the Sustainable Development Goals (SDG), also known as the “Global Goals”, which is an effort to support 17 different causes that can make a difference in the world.

Galaxy users can tap into the “Samsung Global Goals” application to gain a better understanding of the UN’s SDGs or to donate to the UNDP. Advertising profits from the application will be used to support specific goals, and Samsung will donate a matching amount to help achieve a more sustainable tomorrow.

Other initiatives that align with Olympic Agenda 2020 include Samsung’s “Enabling People”, which is a new vision for global citizenship initiatives, with an emphasis on youth education.

As it relates to Olympic campaigns, Samsung has a history of valuing the Olympic spirit of global harmony as seen most recently at Rio 2016 with “The Chant”, “The Anthem” digital spots that convey how the Olympic Games inspire harmony and celebrate unity through cultural, personal, and technological connections. Another example mentioned earlier is “A Fighting Chance” documentary, which is the type of spirit and initiative we’ll continue to value during Tokyo 2020 and beyond.

Q7) How is your company approaching the Olympic Games Tokyo 2020? Are there any specific plans that can be shared?

Samsung is continuing to provide new ways for athletes, host countries and fans around the world to enjoy the Olympic Games through their mobile devices. Together with the IOC, we will provide all athletes with Olympic Edition phones so they can share their Olympic experience and stay connected with friends, family and fans. 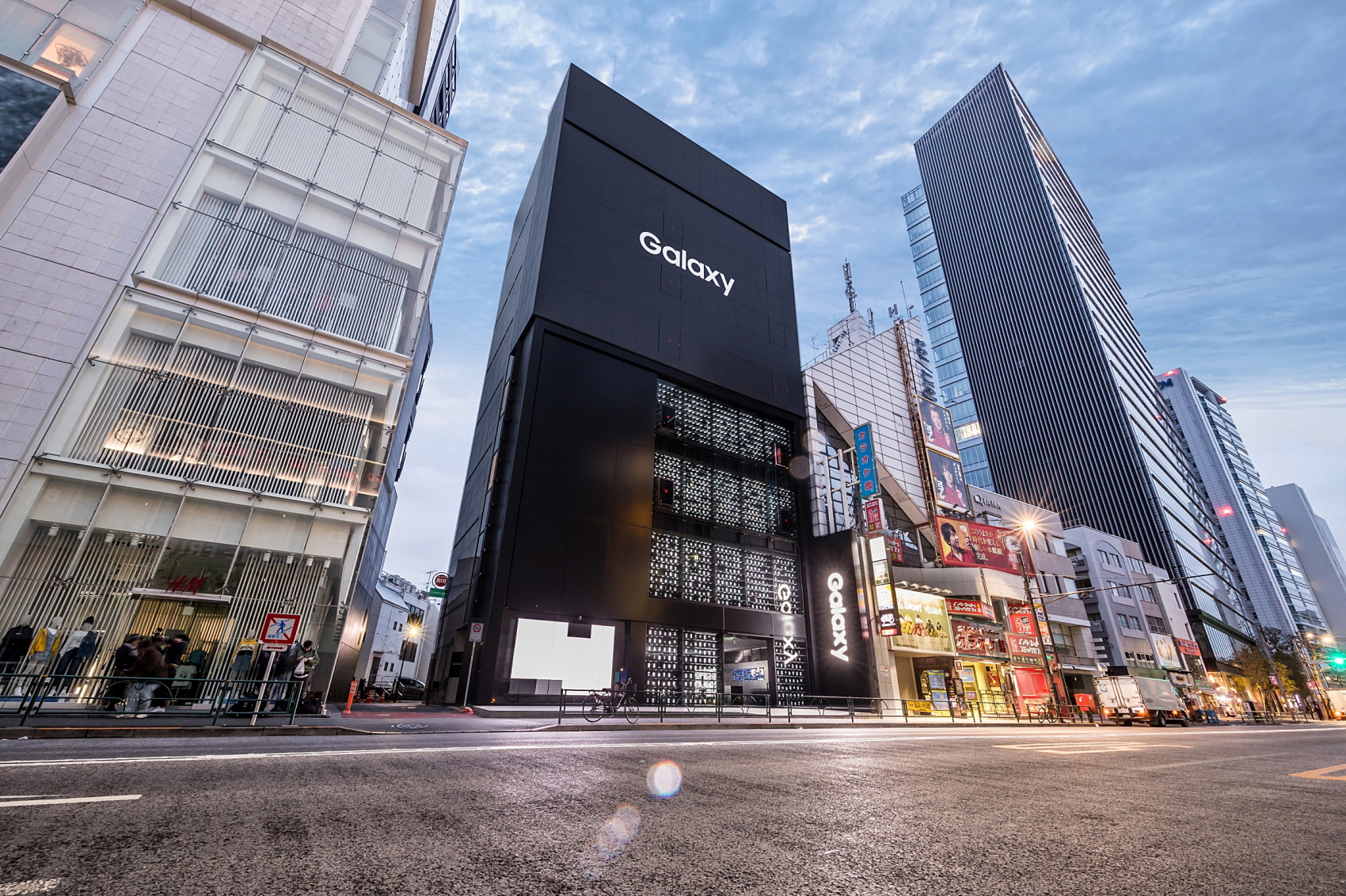 For Tokyo 2020, we’ll also work with Team Galaxy, which is a group of athletes who embody Samsung’s philosophy and values. Through their journey to the Olympic Games, Team Galaxy will inspire fans and spread excitement for the Olympic Games by demonstrating progress and defying barriers.

Q8) What specific opportunities do the Tokyo Games present for your company?

The Olympic Games Tokyo 2020 will be the most technologically advanced Games yet. Samsung expects technology will make life better by creating new experiences and new connections that will enable Olympians and fans to participate in the Olympic Games like never before.

Learning from past experiences, Samsung will apply a new approach to our Olympic marketing efforts for Tokyo 2020. Since the Olympic Games Tokyo 2020 are the first Games to utilise 5G speed widely, we’ll create better opportunities for athletes and fans to capture and share exciting content in a faster way through Samsung devices.

Q9) How do you see your Olympic partnership developing in the years and Games to come?

Samsung began its legacy with the Olympic Games over 30 years ago as a local sponsor of Seoul 1988 and was then elevated into a Worldwide Olympic Partnership during Nagano 1998. 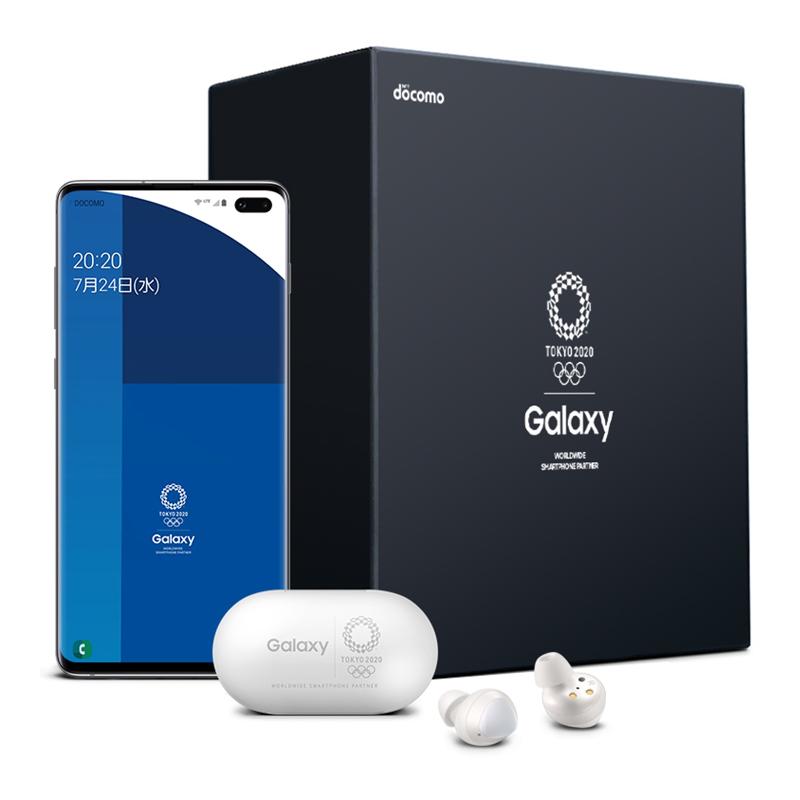 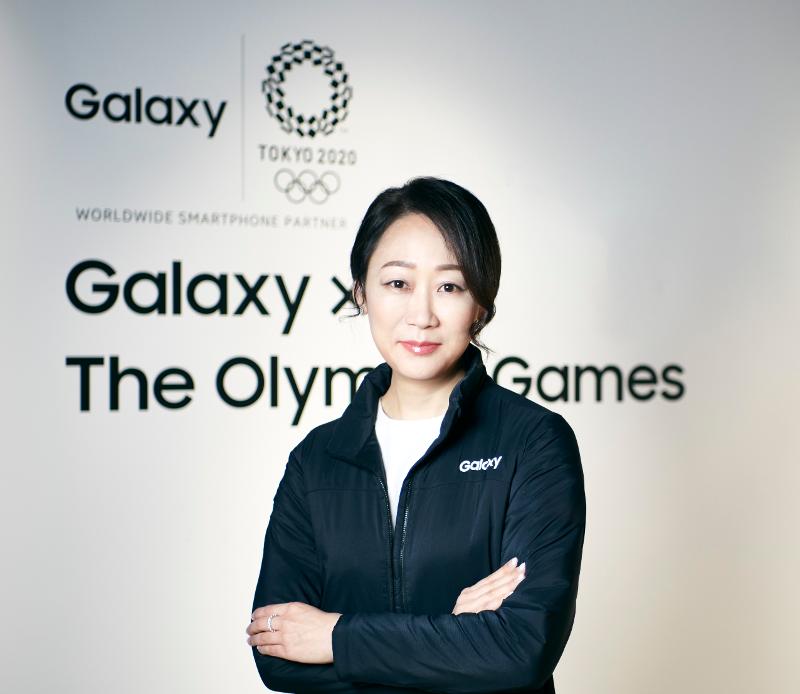 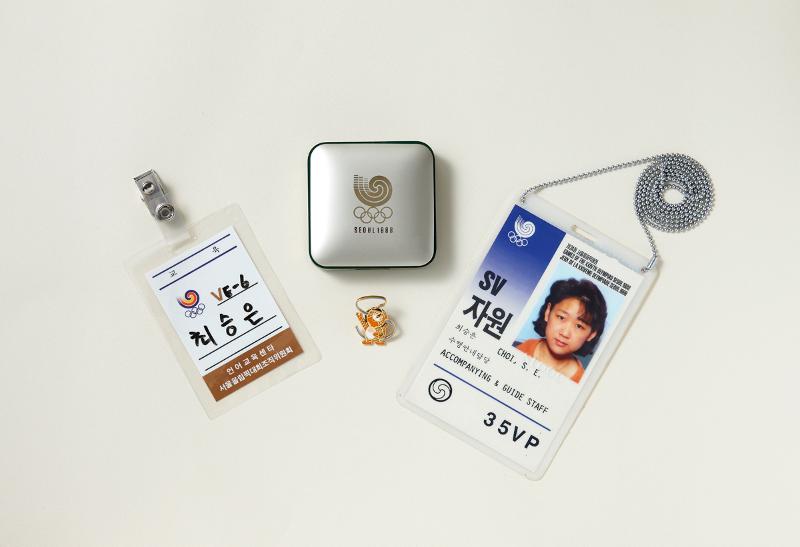 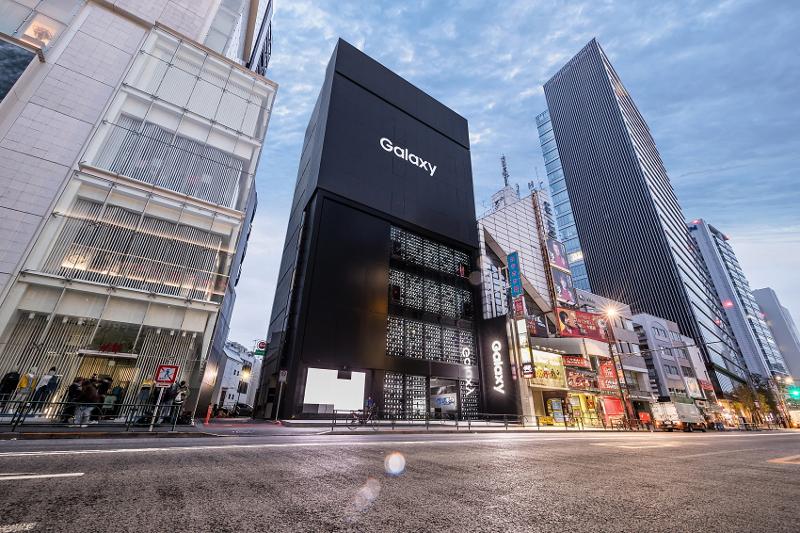