200 years in the making, Samsung unveils the new Galaxy S22 series together with the hit show, Bridgerton.

For an audience of tens of millions, Samsung presented its new smartphone at their “Galaxy Unpacked 2022” event in a completely unexpected way, creating an in-world Bridgerton film starring Queen Charlotte herself. Portrayed by Golda Rosheuval, Queen Charlotte is the Queen of all things around the "ton."

This project originated from Samsung’s long-standing partnership with Netflix. It was a truly massive undertaking, involving more than thirty on-screen actors, over a hundred off-screen talent, and countless moving parts. After all, this reveal was like nothing Samsung had ever done before: intertwining fiction with nonfiction and bringing the past into the present.

The film starts over 200 years ago, in Queen Charlotte's opulent palace where a stream of hopeful inventors introduce their creations during the highly sought after inventors ball.  One of them is an inventor by the name of "Lord Tristar," who introduces the idea of a correspondence device with a striking color palette, capable of producing moving pictures, a large sensor camera, exceptional night shots, image stabilization and 30x zoom.  He presents his invention in the form of massive Neoclassical paintings of the Samsung Galaxy S22.

The Queen is pleasantly stunned by the invention, and seeming to invent the idea of a “product demo,” she teaches the inventor how to present a “machine of such art.”

She then asks: “When will you present the finished product to the court?”
Lord Tristar answers: “Soon& in 209 years Your Highness.”

The idea taps into the famous anachronisms of the hit show. The Queen’s personality perfectly embodies the blurred lines between the past and the present, making her the ideal star for this time-bending launch film.

This film is a one-of-a-kind creative achievement. And it took a truly joint effort, with multiple parties working together to achieve this artistic vision. Samsung and Netflix’s partnership was supported by Slap Global, the independent agency that specializes in business acceleration through creativity. Primo Production brought the directorial prowess of Nico Perez Veiga. And it was all made possible through close collaboration with pioneering storytellers at Shondaland.

Behind the scenes, everything was carefully planned down to the very last detail. Queen Charlotte’s lavish throne required long-distance road transport from the United Kingdom. And the Queen’s stunning wardrobe was pulled directly from the upcoming Bridgerton Season two, giving the audience a special sneak preview.

All this is only the beginning. Samsung and Netflix will continue to partner and work together to bring audiences around the world new, fresh, and special content at the intersection of creativity and technology. 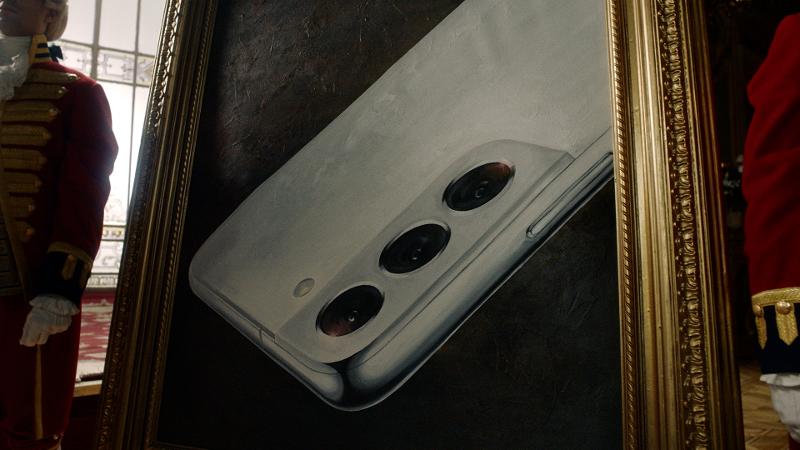 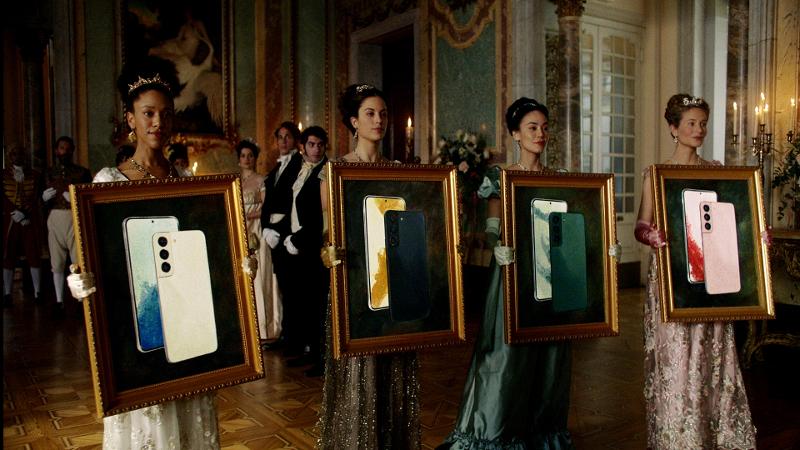 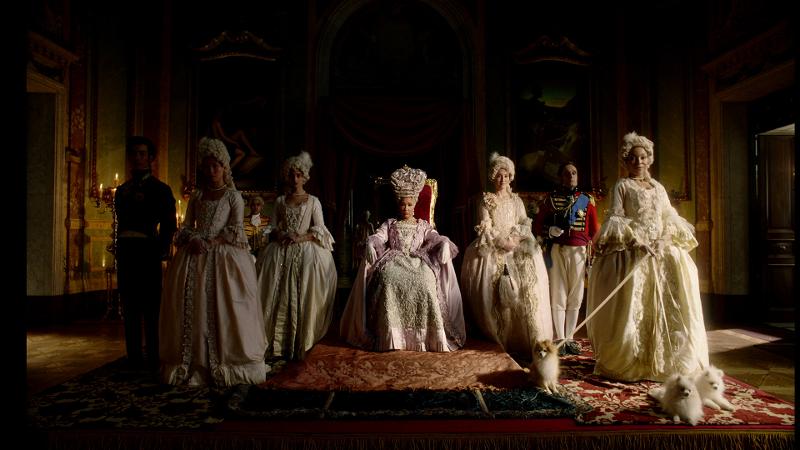 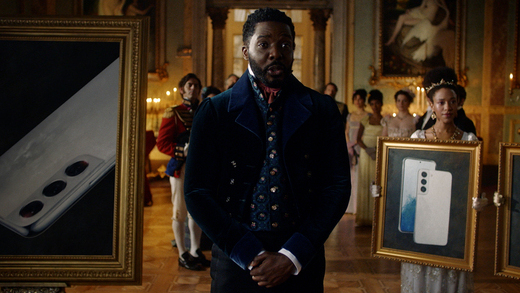